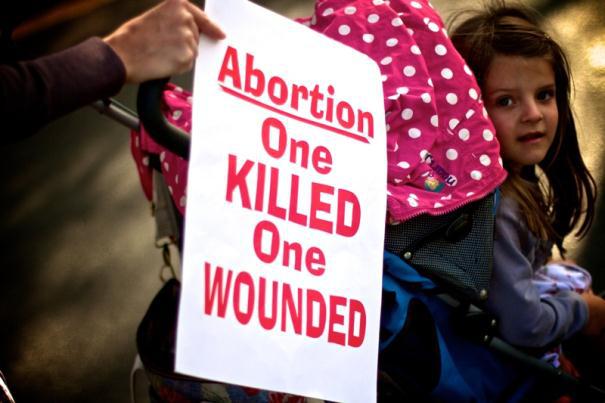 <![CDATA[<img loading="lazy" class="alignleft size-full wp-image-2617" src="http://www.rootshosting.co.za/docforlife/wp-content/uploads/2014/12/01.jpg" alt="01" width="131" height="109" />It is with gratitude towards our heavenly Father that I approach the end of 2014. Much has happened during the past year and we thank the Lord for His faithfulness. Again I want to thank all our sponsors, members and friends for the way in which they supported us. I wish you and your families a well-deserved rest and many blessings during the festive season. I look forward, Lord willing, to work with you again in 2015. Please remember us in your prayers. Pray for workers to send into the field. The needs are many. To the office staff I want to say that I appreciate all the valuable work that you have done. Without you we at Doctors for Life would not be able to fulfil our commitments – Dr Albu van Eeden

Until very recently the most dominant use of the internet has been pornography. Social Networking has finally passed pornography as society’s internet habit. Online pornography is a multibillion dollar industry where every second over 3000 dollars are spent.(1)

But there is also good news !!!

Other issues of the day

– One of the most condemning facts against the legalization of dagga is the relationship between schizophrenia and dagga use, which has become dominant in medical literature over the past few years. A number of studies have shown an association between chronic cannabis use and increased rates of anxiety, depression, suicidal ideation, and schizophrenia. – Long-term cannabis abuse can lead to addiction; that is, compulsive drug seeking and abuse despite its known harmful effects upon social functioning in the context of family, school, work, and recreational activities. – Cannabis intoxication can cause distorted perceptions, impaired coordination, difficulty in thinking and problem solving, and problems with learning and memory. Research has shown that Cannabis’s adverse impact on learning and memory can last for days or weeks after the acute effects of the drug wear off. – Other adverse effects of dagga include effects on daily life, the lungs and the heart. http://www.kznhealth.gov.za/townhill/dagga.htm

The National Alliance for Life an umbrella body for Pro-life organisations in South Africa was very excited with the large turnout of 2300 pro-lifers that turned up at the annual Durban event on 5 October 2014. People from all walks of life attended the march. Prof Pat McEwen, a veteran pro-lifer, from a pro-life group in the USA addressed a special workshop of NAL members the previous day on basic principles of body language, dress code, language use, etc., when speaking with the media. Members from Parliament and from the local city council were also present. A woman who travelled all the way to England to have a legal abortion before 1997 spoke at the start of the March. It was an unwanted pregnancy and she decided the child must be removed. On the theatre table she suddenly came to her senses. The realisation of what she was doing literally made her jump up and walk out. Today this child is an asset to the South African Community. Life is precious and should at all stages be cherished. The consequences of taking an unborn life are devastating.

Your rights and the constitution

The following interpretation of the law expresses the views of the senior legal counsel to Doctors For Life International (DFL): The Constitution is the ultimate law of the country and consequently if it would clash with another law, the Constitution would override the other law. These Constitutional Rights entitle you to the following: -To resist in Court any attempt to refuse employment or to discriminate against you or to intimidate you into participating in induced abortion. You have the right to refuse to refer a patient to an Abortionist. -To inform others of your ideas and views about induced abortion. Contrary to what the law says, the Constitution would even allow Health Workers to refuse to furnish any information concerning the rights of an applicant for induced abortion. It is important to take note that the clause in the draft abortion law that would have forced a Doctor or Nurse, who was unwilling to do an abortion, to refer the Patient to another Doctor/Nurse who would be willing, was scrapped before the bill was voted upon in 1997. (This was done under pressure from all the opposition parties at the time.) You may not be forced to participate in any part of the abortion procedure; this would include anything from directly taking part in the abortion procedure, to making beds and caring for the Patient or even taking histological specimens to the laboratory. You may refuse taking part in any part of the administrative process of arranging abortions at all levels of the health system. You may not be refused work, dismissed or victimised in your work place because of your conscientious beliefs and objections concerning induced abortions. If you do not wish to participate in induced abortion in terms of your lawful rights, you should make your viewpoint known as soon as possible to your employer in writing so that substitute staff can be arranged. You may contact DFL for more advice.

The LifePlace team is still going on regular outreaches to Durban at least once a week to speak to street prostitutes. None of the prostitutes we talk to are there because they want to be there; it is out of sheer desperation that they are driven to the streets. Many of the girls have no parents, nobody to turn to and thus fall prey to all kinds of dangers because of their vulnerability. The reality is that these prostitutes have siblings and children that are dependent on them. What happens is nothing short of sexual exploitation, men’s power to exploit the vulnerability of women and girls. The advocates for the legalization of prostitution do not realize the harm that comes from it. The choice between poverty and prostitution is not a choice at all. Consequently DFL is of the opinion that prostitution should not be decriminalised and presented as a possible occupation to women in South Africa. On the surface, prostitution may seem for some like a victimless crime, but when you delve a little bit deeper you will be confronted with the devastating reality of the impact it has on a woman’s psyche. Testimony My name is Nomfundo Manzi , mostly called Penny. The Doctors for Life team came to me with an invitation card, that offered help to end prostitution. I just said ‘let’s go’ because I was not happy with my lifestyle. I was a drug addict, using crack. I could not stop. No amount of money could satisfy my hunger for drugs and alcohol. I became a prostitute to support my drug habit. I was called “Madakwane, some named me ‘Black label’. I used to steal from my clients to get more money. My life was a mess, a disaster. My mom did not want anything to do with me. Through Doctors for Life I found peace with God. God weeded out the things He did not want in me. He is still weeding them out and planting what He wants in me. It is with thanks to Doctors for Life for what they do for the girls on the street. Devotion To be set free from sin. Exodus 9:13, 34 and 35. These days we will be celebrating Christmas. It is the time when Christ came to this world to set us free from the slavery of sin. Exodus 9:13 teaches us that the reason Christ came to this world was to set us free in order for us to serve and worship God. And this is the reason why the Lord forced the devil to let us go so that we can worship Him. This is actually why we were created. It was not so that we can go and do our own thing, be it through the work we do, or our marriage or our time of relaxing. Its purpose must be to serve the Lord. This is the reason why God pushed the devil into the corner where he had to let you and me go. It is also why God became man and later suffered, why He carried the cursed tree, why He hung on the cross and cried, “My God, my God, why have you forsaken me?” He was forcing Satan to set us free so that we can go and serve Him. We ourselves do not have the strength to break free from Pharaoh. We should not deceive ourselves or let the devil deceive us. And the first step is Godly remorse: verse 34 and 35. This is what Pharaoh lacked. You may punish/chastise yourself and just feel more righteous and yet, without this gift nobody can enter into heaven. It is in a way also an eye of a needle through which everyone must pass in order to enter heaven. Godly remorse sets free and leads to life. The life for which Christ came to this earth and which we are celebrating this Christmas

During 2014, Doctors for Life had many opportunities to reach out to people in need. Not only could we help them in their physical needs but we could also help them heal their spiritual wounds. At the end of September 2014 we visited Mozambique. We went to an area called Muvamba situated about 100km south of Vilanculos. DFL assisted 212 patients with free medication and 23 people received reading glasses. This brings the total number of people helped with eye glasses to well over 700. We also managed to do a record of 423 surgeries this year. In total we reached 5 very needy areas in 3 different countries with free medical care. The other countries reached were Botswana and Malawi. During 2014 we also assisted well over 16,000 patients with free medical care at our clinic in Zavora, in Mozambique. The most treated disease remains malaria. In addition we helped about 250 women with deliveries. Looking back at these outreaches we are thankful to God for what we could achieve.]]>