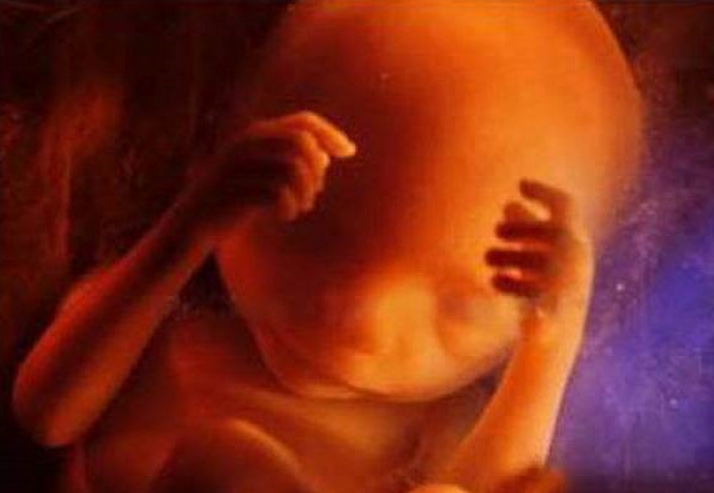 We rejoice that the Supreme Court of Appeal in Bloemfontein has rejected ODM (TopTV)’s application for leave to appeal. We are informed that ODM has decided not to challenge on the courts decision in the Constitutional court. The result is that they have ceased broadcasting pornography. We are waiting in anticipation to see whether ODM, which is under judicial management due to trading at a loss in the past year, will re-apply to ICASA for a licence to broadcast “adult material”. If they do, we are prepared this time and know what the court requires to oppose an application for such a licence.

We are saddened that the judge so easily and quickly (within a few days of the application made by Mr Stansham-Ford) granted him the relief sought for; i.e. that he may by assisted in his suicide by a medical doctor, even though the applicant died of a natural death the day before the court gave its decision. This has now created an unfortunate and dangerous precedent in law and DFL as well as the National Prosecuting Authority will be challenging this decision, either in the Supreme Court of Appeal, but more than likely in the Constitutional Court, as constitutional issues (especially the right to human dignity, which the applicant relied on) will be adjudicated upon and its proper context argued and examined.

Research done by Ms Antoinette Basson (BMR Research Consultant and Psychologist) at the Youth Research Flagship Program of the College of Economic and Management Sciences (CEMS), hosted by the Bureau of Market Research (BMR), showed alarming facts about the escalation of child pornography in South Africa. Semi-structured in-depth interviews were conducted with incarcerated sex offenders who had committed a sexual offence against a child (any person under the age of 18 years) and who had reported exposure to pornographic material prior to the offence. The study was extended to correctional centers located in three major metropolitan areas within South Africa, namely Gauteng, the Western Cape and KwaZulu-Natal. The following key research findings emerging from the analysis are presented below: For more information Me Antoinette Basson may be contacted at [email protected]unisa.ac.za. Video release Doctor’s for Life has released a new video on pornography – “Pornography: The Battle for your Soul”. This captivating anti-pornography film presentation will assist school teachers, pastors and parents in teaching children about the dangers of watching or taking part in pornography. It also serves as a help to those who are tempted or are already involved in pornography or sexual acts. It details the latest scientific evidence showing how pornography is chemically and physically addictive, progressive, and harmful to children. http://www.rootshosting.co.za/docforlife/pornography-battle-soul-movie-trailer/ A personal testimony  I was 12 years old the first time I viewed pornography in a public restroom in a medical complex. I was there with my mother for a doctor’s appointment. I took the half a dozen glossy porn pages torn from a magazine. Later that night, I masturbated for the first time. I was hooked – right there and then – instantly.  My father had abandoned us and masturbation made me feel good. I hid those pages in my room and returned to them nightly. I had no idea of the damage I was causing to my soul and spirit, and the separation I was implementing between myself, my family and many other things. I was setting myself up for disaster but I couldn’t stop even though I wanted to. I prayed and asked God to forgive me and help me to stop. I even threw away those cherished pages, but it was too late. Those images were forever etched in my mind. I also discovered that, even though the law required me to be eighteen to purchase such material, the clerk at the convenience store did not. Sexual acting out became an obsession and I lost interest in almost everything else. My goals did not revolve around grades or sports or such “normal” pursuits but instead on sexual conquests – losing my virginity became the number one focus in my life. I did so at the age of sixteen. The girl became pregnant and I carried that guilt for decades. Later, I moved my addiction from paper to the real thing. I hated myself and turned to alcohol. I longed for a loving relationship but had no idea how to love or be loved. After all, if I couldn’t love myself, how could I expect anyone else to? I tried many ways to be free from porn but all of my efforts lasted only a very short while. At 26, I met a beautiful young lady and we dated for several months before we got married.   I was relieved. At last I could leave all the porn in the past. But after years of inappropriate sexual behavior I had conditioned myself into the subconscious belief that sex was bad, even evil. So where I should have been experiencing joy, I was feeling guilt. To make a long story short, we separated. Just after the divorce I needed surgery for a lump under my right arm. I was scared, very scared that I might not make it through surgery and I was determined to stop my porn habit.  I earnestly looked for help and followed up my sincerity with action. That night I went home and threw away my porn. After intensive counselling with a professional counselor I was eventually delivered but not after an intense battle and a willingness to speak about everything honestly and openly. I still struggle with the thousands of images which I have placed in my hearts library over the decades. I have to surrender daily and I’m fairly certain I will always have to. I wish I had never seen those images so many years ago – but I did. Now I must learn from it and help others who have been ensnared by the glossy deception of pornography. (Shortened – name withheld) LifeChild: God is providing in a wonderful way. We are so thankful that our Mthaleni Orphan Center has had new ceiling boards put up and the building plastered outside. The funds used for these developments were donated by Eskom and a few individuals. We want to thank them for sharing this responsibility with us.

Aid to Africa (A2A) Outreaches 2014-2015  There are a few outreaches in the pipeline. We will report on them in the next newsletter.  LifePlace  The LifePlace team is still regularly going on outreaches to speak to prostitutes in an attempt to reach out to them. Sometimes we go out twice a week. We have about 4 ladies who have been with us for a while and going from strength to strength. One of them who was bed ridden is now moving about freely. We and are encouraged by their progress and continue reaching out to these ladies who for the most part, have only known what it means to be used and abused. It has also been on our hearts to start teaching them how to work with a sewing machine as an alternative means of generating an income, as there is so much one can do with a sewing machine. These are exciting times and we would like to thank everyone who has had a part in helping the LifePlace ladies escape a life of slavery.  Devotion Hab 3:17, 18:  “Though the fig tree should not blossom, nor fruit be on the vines, the produce of the olive fail and the fields yield no food, the flock be cut off from the fold and there be no herd in the stalls, yet I will rejoice in the LORD; I will take joy in the God of my salvation.” The Christian worldview is inherently positive. No matter how deep a person may have fallen into sin, in Christ there is hope for forgiveness. Even though man might have given up on someone, and society marked certain people as not being rehabilitatable, through Christ, there is always hope. In Habakkuk we read about circumstances that had become so bad that some may argue that the prophet’s quality of life had become too unbearable to make his life worth living. Yet, Habakkuk finds reason to rejoice. There is an element of submission while keeping the hope that God’s Word offers; a trusting in Him for healing if it is His will. On the other hand, there is an element of pride, rebellion and despair in the fatalistic attitude that promotes physician assisted suicide. Instead, it should remain the duty of the doctor to come alongside the patient, to help them to carry the burden of sickness and to relieve the suffering as much as possible, without transgressing God’s word. Euthanasia is not a “kind death” (“genade dood”, in Afrikaans). Instead it is the ultimate act of unkindness and negativity which creates a society that cannot tolerate disability and disease.]]>