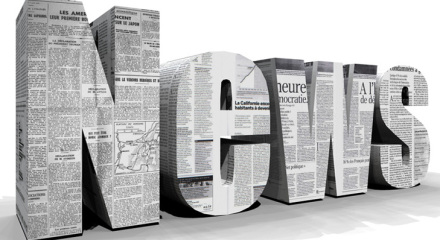 A “tsunami” of obscene, violent and degrading pornography is harming children, women, men and the American culture, a panel of experts told a Capitol Hill briefing recently. Panellists urged members of Congress to see that pornography is linked to sexual victimization, prostitution, human trafficking, child abuse and addiction. Solutions included stepping up enforcement of federal and state adult obscenity laws, which prohibit distribution of hardcore pornography on the internet, on cable/satellite TV, in hotels and motels and in retail shops and by carriers. No-smoking campaigns work to keep tobacco out of lungs; now it’s time to “keep pornography out of their eyes,” said Dr. Donald Hilton, a neurosurgeon and professor at the University of Texas, Health Sciences Centre. http://www.washingtontimes.com/news/2015/jul/14/tsunami-of-pornography-misshaping-next-generation-/?utm_source=feedburner&utm_medium=feed&utm_campaign=Feed{01b0879e117dd7326006b2e84bcaac7e8fa1509c5c67baf2c9eb498fe06caff4}3A+Nation-TheWashingtonTimesAmericasNewspaper+(Nation{01b0879e117dd7326006b2e84bcaac7e8fa1509c5c67baf2c9eb498fe06caff4}2FPolitics+-+The+Washington+Times)   <Back to Top>   Prostitution & Trafficking   India – 13-year-old girl ‘sold for sex’ by parents Police in the southern Indian state of Kerala have arrested the mother and stepfather of a teenage girl for allegedly forcing her into the prostitution trade for two years. The 13-year-old has been rescued and taken to a state-run shelter home.  She told counselors that her parents would solicit customers and force her to have sex with the men. Her mother has told a news channel that she would charge 3,000 rupees (£30; $47) from a customer for her daughter. Police said they had identified 25 of the 40 customers who had allegedly paid for sex with the teenager. http://www.bbc.com/news/world-asia-india-33456885   USA – Shutting down ads for prostitutes Law enforcement officials have been unable to shut down Backpage, a website for personals and prostitution ads by legal means so they have resorted to a more indirect approach: asking credit card companies to deny transactions by prostitutes seeking to pay for ads on Backpage. Recently, they succeeded in convincing Visa and Mastercard to stop processing payment for Backpage ads. http://www.pri.org/stories/2015-07-09/shutting-down-ads-sex-workers-might-hurt-them   China – Cameras used to combat prostitution Security cameras installed along streets known as venues of sex sellers and buyers have helped eliminate prostitution. One night a prostitute ran from a ‘red light’ point that was raided by but she was stopped and detained. She   rejected   police allegations that she was a prostitute but after an officer showed her images recorded by the cameras, she could do nothing but admit that she sold sex for a living. After giving her an administrative penalty police set her free with the purpose that she would tell other prostitutes about the presence of such cameras so that they would give up the trade. http://tuoitrenews.vn/society/28148/vietnam-police-use-cameras-to-combat-prostitution-in-red-light-areashttp://tuoitrenews.vn/society/   South Africa – Human trafficking in SA a statistical nightmare Thirty thousand children are trafficked into the country annually as part of the sex trade. The same figure has been used by the Department of Home Affairs to justify recently introduced visa regulations aimed at combating child trafficking.  But this number has been discredited as “exaggerated and unsubstantiated”. A new act aimed at preventing trafficking is expected to be operational in the next few weeks. It defines trafficking to include the recruitment, transportation, sale or harbor of people by means of force, deceit, the abuse of vulnerability and the abuse of power for exploitation. The hidden nature of the crime requires unconventional thinking and flexible methodologies to scope the problem. http://www.timeslive.co.za/local/2015/07/16/Human-trafficking-in-South-Africa-an-elusive-statistical-nightmare   <Back to Top>   Stem Cells & Cloning   No news today   <Back to Top>   Substance Abuse   USA – Heroin Use Skyrockets in the United States Heroin-related overdose deaths in the U.S. have increased 300{01b0879e117dd7326006b2e84bcaac7e8fa1509c5c67baf2c9eb498fe06caff4} in recent years, and a new report from the federal government shows people who use the drug are not confined to a particular income level or age group. The U.N. found increasing demand for the drug as U.S. states experiment with legalizing or decriminalizing it. From 2002 to 2013, heroin overdose deaths in the country increased by 286{01b0879e117dd7326006b2e84bcaac7e8fa1509c5c67baf2c9eb498fe06caff4}, according to a report from the Centers for Disease Control and Prevention and Food and Drug Administration. More than 8,200 people died of a heroin-related overdose in 2013 alone. The annual average rate of past-year heroin use in the U.S. has also increased by more than 62 percent in roughly the past decade. http://www.usnews.com/news/blogs/data-mine/2015/07/07/heroin-use-skyrockets-in-us-cdc-says   <Back to Top>   Disclaimer: the views and opinions expressed in these articles do not necessarily reflect those of Doctors for Life International]]>