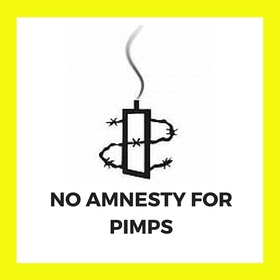 <![CDATA[Amnesty International’s International Board is developing a policy document that it is believed will support full decriminalization of prostitution. Decriminalization of prostitution is one of the world’s most disastrous approaches to the sex trade because: <strong>1) it is a gift to pimps and sex buyers allowing them to carry out their activities as mere “sex business operators” and “customers,” 2) it normalizes sexual violence and exploitation as a “job.” If approved, Amnesty’s support of decriminalized prostitution will undermine the human rights of persons in the sex trade (the majority of whom are females), and give impunity to perpetrators of sexploitation. Amnesty International has betrayed the cause of human rights through its looming policy in favor of decriminalizing prostitution. Decriminalizing prostitution is a gift to pimps, sex traffickers, and sex buyers that confers a right to buy and sell other human beings. Such policies would not protect the persons in prostitution, but rather guarantee that their exploitation will continue. The National Center on Sexual Exploitation is now launching a new campaign entitled No Amnesty For Pimps to oppose Amnesty’s policy and to educate the public about how prostitution is an inherently exploitive system that requires Abolition, not social sanction.