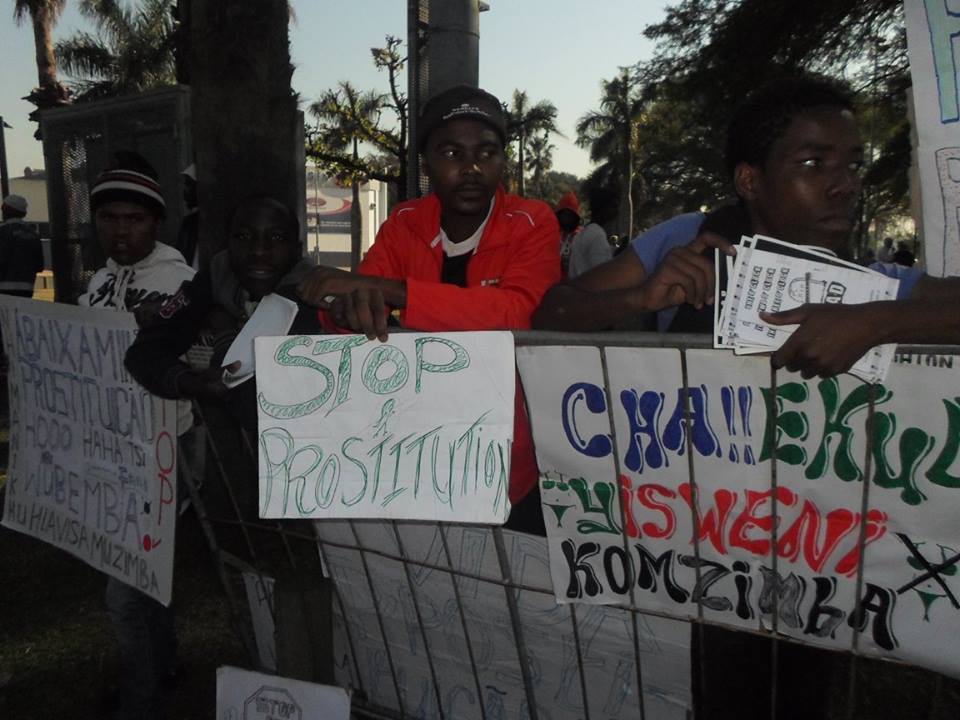 <![CDATA[ <h2>Media Release Embargo: Immediate release Enquiries: Vaughan Luck Date: 2016-07-28 Cell: 078 748 9884 Email: [email protected] South Africa successfully hosted the latest AIDS International Conference in Durban last week, this time, having a track record of rolling out the largest HIV treatment program in the world. Indeed, we have come a long way from those disastrous days of Government AIDS denialism which severely restricted availability of ARV medication when we hosted the conference 15 years ago.  The theme then in 2000 was “Breaking the silence” appropriate for the time when there was a global paradox with HIV in the northern hemisphere benefiting from availability of treatment while the force of the epidemic had moved to sub Saharan Africa where over 70{01b0879e117dd7326006b2e84bcaac7e8fa1509c5c67baf2c9eb498fe06caff4} of the worlds infected suffered mostly untreated. The eyes of the world were opened then to this injustice and social dilemma. With over 18 000 delegates attending from scores of countries the conference brought together scientists, policy makers, researchers, activists, people living with AIDS and many others. There is some hope and optimism as we face the daunting task of addressing the epidemic now with 34 million people living with AIDS globally.  While there is no vaccine or cure available yet, we do understand the science a lot better and are making steady progress following some promising leads. As tools we have very efficient treatment available which prolongs lives, maintains viral suppression and also diminishes transmission. Globally 17 million people now have access to treatment due to improved access in developing countries. New developments in Pre Exposure prophylaxis and slow release treatment promises prevention for those at risk of infection and monthly injections rather than daily pills for those on treatment. Having had a few members attending the conference, some were just offended with the, rude and boisterous way with which the decriminalization of prostitution was pushed down the throats of the conference goers; e.g. The prostitutes at one stage grabbed the microphone from the Minister of Health and started shouting their demands. The red umbrella group were protesting daily inside the conference and well-built men with condom suits were serving as waiters. Some of DFL’s members actually mentioned that they would not be interested in attending again because of that. Concerning Judge Cameron calling the prostitutes onto the stage and asking the audience to applaud them, we felt that, while it is appropriate to recognize our common humanity, we could have done it without glamorizing or condoning a life style that is so degrading. With some of our members talking to the prostitutes one was struck by how deeply traumatized many of them were. Surely our answer should be to help them exit this horrible profession and not make them comfortable in their slavery – like providing mattresses and other paraphernalia to slaves in the hulls of ships on their way to be sold at the slave markets. The conference goers were however refreshed by a plain Zulu woman who put up her hand during one session and asked conference goers why they think they can come from other countries and tell us to make prostitutes of our daughters and sons here in SA. She actually challenged our government to send their own children into prostitution first, as an example before expecting the public to do it. Consequently, the red umbrella group left the conference to follow the woman to confront a lively group of young South Africans who were protesting against decriminalization of prostitution. The group included a group of girls whom DFL had assisted to exit prostitution and were getting skills training through one of our programs. Dr. A van Eeden (CEO) Doctors For Life International