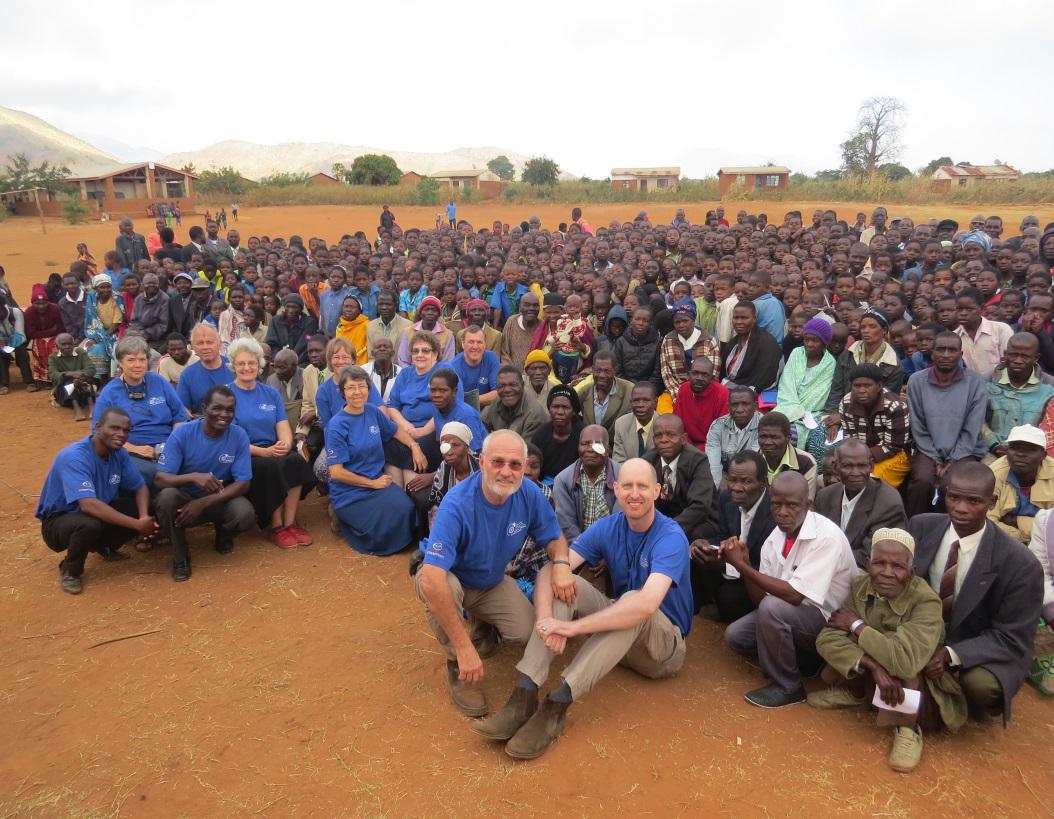 Your Rights and the Law

There is a conflict in the South African Bill of Rights between the rights of women to reproductive health care and to make decisions about their reproductive capacity, and freedom of conscience on the part of the medical profession. The following interpretation of the law expresses the views of senior legal counsel to Doctors for Life International (DFL): RELEVANT CONSTITUTION CLAUSES: Section 15[1]: “Everyone has the right to freedom of conscience, religion, thought, belief and opinion”. Section 16[1][b]: “Everyone has the right to freedom of expression which includes freedom to receive or impart information or ideas”. Section 9: “Everyone is equal before the law and has the right to equal protection and benefit of the law. No person may be unfairly discriminated against directly or indirectly on any one or more grounds including amongst other things religion, conscience and belief”. YOUR RIGHTS The Constitution is the ultimate law of the country and entitles you to the following: WHAT THE LAW DOES NOT ALLOW YOUR RESPONSIBILITIES OTHER STIPULATIONS CONCERNING THE ABORTION LAW Contact Doctors for Life for more information or assistance.

Mexico State Votes to Ban Abortions and “Protect Life from Conception” The Mexican state of Veracruz approved a constitutional amendment that effectively bans abortions by recognizing that unborn babies deserve protection. There is wide opposition to abortion in Mexico. Last year, more than 120,000 people signed a petition asking the nation’s Supreme Court to reaffirm that “abortion is not a right.” http://www.lifenews.com/2016/07/29/mexican-state-votes-to-ban-abortions-and-protect-life-from-conception/ Ireland’s High Court Rules an Unborn Baby Has a Right to Life High Court judge, Mr Justice Richard Humphreys, has ruled that the word ‘unborn’ in the Irish Constitution means an “unborn child” with rights beyond the right to life which “must be taken seriously” by the State. This is an important ruling which provides useful clarity at a time when the media and abortion campaigners are arguing that preborn children should be denied even the most fundamental right – the right to life. Mr Justice Humphreys has ruled that preborn children not only have a right to life, but that the State is obliged to ensure that all the rights accruing to every child are upheld for children before birth. http://www.lifenews.com/2016/08/05/high-court-in-ireland-rules-an-unborn-baby-has-a-right-to-life/

Doctors for Life International would like to applaud the Deputy Minister of Justice on his address to the conference on Tuesday 18 July. In the Deputy Minister’s address, he stated that decriminalization of prostitution is not likely to happen in South Africa. He listed among other reasons; an increase in sex trafficking victims, increase in the number of women drawn into prostitution and increase in foreign women coming to South Africa for sex work. It is well documented that in countries where prostitution has been decriminalized e.g. Germany and the Netherlands that sex trafficking has gone up, prostitution involving underage girls has increased and the rate of HIV infection has increased, despite condoms being made available. The violence, rape and abuse suffered by prostitutes didn’t go away; it just became an occupational hazard. Pimps became managers and human traffickers became recruitment agencies bringing in girls to be used as sex slaves. Doctors For Life believes that the Deptuty Minister of Justice has sent a clear message and indication on where the government stands regarding prostitution and believes this is a step in the right direction to abolishing prostitution completely. Vaughan Warren Luck[/caption] For the past 2 months the Student Pro-life Movement has been going out and spreading the pro-life message and getting the youth motivated for the upcoming National March For Life SA which takes place in Umhlanga, Gateway, Durban on 2 October at 14:00pm. We encourage all youth that want to take a stand against abortion to attend the march so we can show the government that there are people in SA who are against the unnecessary killing of innocent unborn babies. SPLM was represented at a number of meetings held around Durban recently. This includes a Woman’s Day Conference in Stanger which saw over 1300 ladies attend as well as a meeting in Verulam also in support Woman’s Month.

Sonosakhe Mmeli Dlamini After Sonosakhe lost both his parents he was left in the care of an uncle who showed little responsibility toward him. The uncle did not care much about what happened to Sonosakhe and he was treated very badly. When he came to one of Doctors for Life International’s orphan centers, he was very ill and undernourished and was taken to the clinic by the caregivers. He immediately started medical treatment. Sonosakhe’s health gradually improved due to the loving care of the caregivers at the orphanage. He was soon able to participate in all activities with the other children at the center. After a year he has developed into a happy well-adjusted young boy, accepted and loved by the other children and the caregivers. Philani Shezi [caption id="attachment_3265" align="alignright" width="197"] Philani Shezi[/caption] Philani was living with his grandmother when she passed away. He was left alone with nobody to take care of him. Some relatives took him into their home but then he left because they were not taking care of him. He was staying in different places with different people, and for a young child that can be very traumatising. In the end he was left with nowhere to call home. Philani was found sleeping under a wheelbarrow by people in the community and they contacted Doctors for Life International for help. When he arrived at one of DFL’s orphan centres, things were very difficult. He was very naughty, used to fight a lot and spoke disrespectfully to the caregivers. He also cried a lot. He was also very defensive and difficult. The caregivers spent time counselling him and after a while he began to change. Things are different now. He has adjusted very well and is much happier. He plays with other children from the centre and his behaviour has changed for the better. Thank you for the good work done at Doctors for Life’s Care centres by the staff.

Tina A. from Nhautse was expecting her first child. She came to the DFL Clinic at Zavora on the 10thof February with contractions. Everything seemed to go well with the labour. We checked the child’s heartbeat, contractions, dilatation, blood pressure, pulse of the mother and her temperature regularly. As the labour was progressing, we realised that something was wrong. The contractions were getting fewer and fewer. It was 03:00 in the morning when we again check the heartbeat of the child. It was only on 60bpm instead of at least 110bpm. We quickly prepared everything for a transferral to Inharrime (hospital) and Joy, our “Ambulance-driver“transferred the lady to the hospital. Finally we arrived at the hospital where she was taken care of and the baby was delivered. The next day we were told that this lady would have had a uterine rapture which means that the mother and child could have died. About 3 weeks after this the lady came for a check-up to our maternity ward. She came with her baby. I was so glad to see mother and child in such a good condition! – Staff from Zavora. OneSunday morning an old man came to the house seeking help. During the night he was attacked by his son, who was drunk, with a machete, threatening to kill him. In defence he must have lifted his hands or grabbed for the knife, which resulted in a deep wound in his left hand, just below the thumb. After giving him a local anaesthetic we cleaned the wound to evaluate the extent of the damage. Both the tendon and the muscle were severed by the blade and the joint was visible. In order to fully restore the functionality of the thumb, which is extremely important for the hand, the tendon had to be reconnected. Due to a high risk of an infection occurring and also the difficulty of finding the pulled back tendon we thought it best to transfer the man to hospital as it has an operating theatre. The nurses on duty decided to just suture the skin and sent him home with a few Paracetamol tablets. Without having an operation he will not be able to use his left hand properly. But we took him with us for a Sunday service. He was touched by the message and also by the way he was treated at our clinic. He joined us for another Sunday service some time later and is interested in coming again. –Mirjam Rüttimann

In June Doctors for Life undertook an outreach to Malawi. A medical team and assistant personnel visited two very remote areas to do eye operations and hand out reading glasses to people who can read, but due to weak eyesight were not able to read anymore. Malawi has a young population: 66 percent of its 16.2 million people are under age 25; 53 percent are 18 and younger.  16.7 percent of children under 18 are orphans and vulnerable children (OVC). The plight of these orphans is heartbreaking. We did 101 eye procedures and handed out 593 glasses (492 readers and distant viewing glasses and 101 dark glasses after operations) We also gave Bibles to people in need of them. Thank you to our sponsors for making all this possible. [caption id="attachment_3267" align="aligncenter" width="588"] Dr. Albu van Eeden Hosea 8:9  Like a wild donkey looking for a mate, they have gone up to Assyria. The people of Israel have sold themselves – sold themselves to many lovers. What are the characteristics of a wild donkey? It wanders around serving itself – going wherever it’s thirst leads it and drinking where it wants to. It has no loyalty to any owner, not obeying anyone but also of no use to anybody. Such is the life of the godless person. When he dies all one can say of his life is that he served himself. He or she married for themselves. He selected an occupation that pleased himself and only has children for his own joy. He sells himself to his “lovers”. Be that money, or what people think of me, or my possessions, or the pleasures of this world, or comfort, or materialism or even something more noble like my job. But ultimately they will possess him. The child of God is not his own boss and is loyal to only one God. A person that pleases himself may be in the company of other people constantly, but in a way, remains lonely – like the seed that never fell into the soil and died. One man of God said that the belief in free will is a doctrine of the antichrist. The child of God is a bondslave to Christ. The I is crucified and dies to himself daily. May this be the trademark of your and my life.]]>