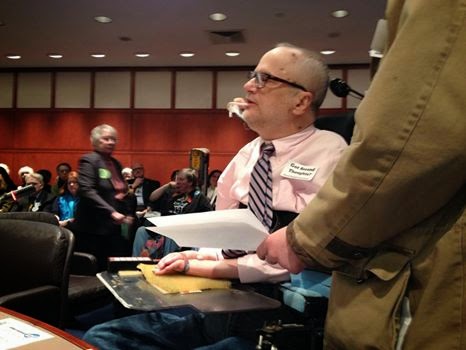 <![CDATA[This article was <a href="http://notdeadyet.org/2016/10/john-kellys-testimony-opposing-new-jersey-assisted-suicide-bill-a2451.html">published on the Not Dead Yet website on September 6, 2016. [Editor’s Note: John Kelly lived in New Jersey in his younger years and traveled back there to testify on October 6, 2016 in opposition to the latest assisted suicide bill, A2451. His oral testimony is below, and his full written testimony is here.] Chair Burzichelli, Vice Chair Lagana, Members of the Committee: My name is John Kelly, and I am the New England Regional Director for Not Dead Yet, the national disability rights group that has long opposed euthanasia and assisted suicide. I am also the director of Second Thoughts Massachusetts, Not Dead Yet’s Massachusetts affiliate. We are concerned that this bill is before the Appropriations Committee. It suggests that cost-containment really is a major factor behind the push for assisted suicide laws. So when in the state of Oregon, Barbara Wagner and Randy Stroup received letters from Oregon Medicaid denying coverage for prescribed chemotherapy. The letters did, however, offer to cover the negligible cost of assisted suicide. Because assisted suicide will always be the cheapest treatment, its availability will inevitably affect medical decision-making. This will actually end up constraining choice. A2451 threatens you, every single resident of New Jersey, because all of us are vulnerable to misdiagnosis. “Terminally ill” is defined as: “Terminally ill” means that the patient is in the terminal stage of an irreversibly fatal illness, disease, or condition with a prognosis, based upon reasonable medical certainty, of a life expectancy of six months or less.” When it comes to life and death, there is no such thing as “reasonable medical certainty.” Of the millions of misdiagnoses every year, many are terminal misdiagnoses. We know this because of the thousands of people who “graduate” from hospice each year. Every year in Oregon, people have lived longer than their six-month terminal diagnosis. Every year in New Jersey, it is estimated that 1/10 people over the age of 60 are abused, almost always by adult children and caregivers. Although “self-administration” is touted as one of the key “safeguards”, in about half of Oregon program deaths, there is no evidence of consent or self-administration in the death. If the drugs were administered by others without consent, no one would know. The request form constitutes a virtual blanket of legal immunity covering all participants in the process. Assisted suicide laws inevitably take the lives of innocent people through mistakes, coercion, and abuse. Please reject this bill. http://alexschadenberg.blogspot.co.za/2016/10/john-kellys-testimony-opposing-new.html?utm_source=News+{01b0879e117dd7326006b2e84bcaac7e8fa1509c5c67baf2c9eb498fe06caff4}26+Information+Website&utm_campaign=f1894f7f9b-Euthanasia_Deception_documentary_counter10_7_2016&utm_medium=email&utm_term=0_b9d6bb980e-f1894f7f9b-198483333&m=1  ]]>