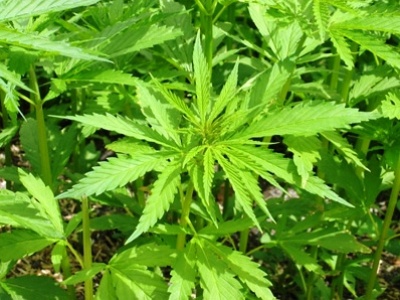 On the 31st of July 2017 a court case commenced in the Pretoria High Court concerning the constitutional legality of South Africa’s dagga legislation. The media is calling it the “Trial of the Plant”. DFL joined the case to be of assistance to the State and we are opposing the legalisation of dagga in the interest of all South Africans; especially our youth and their future. The case ran for the full three weeks that was set aside for it but has not been concluded and will therefore continue next year. The court will notify of the date on which the case will commence in due course. We appeal to you to assist us with covering the substantial legal costs of this important court case.

What is the “Trial of the Plant” about?

What does the law in SA say about dagga?

Except for medical and research exemptions, the possession, use, cultivation, transportation and distribution of dagga is criminalised in terms of the Drugs and drug trafficking act as well as the Medicines and related substances act.

Was the law not settled by the Constitutional court in 2002?

In 2002 a Rastafarian brought a case to the Constitutional Court about Dagga where he complained that the law prevented him smoking dagga as a religious observance and this violated his rights to religious freedom. The court accepted that a Rastafarian’s religious rights were violated but dismissed the case as there is no objective way for law enforcement officials to distinguish between the possession or use of cannabis for religious or for recreational purposes.

Earlier this year in the Western Cape High court there was a new attack on South Africa’s anti dagga legislation. The court found that the dagga legislation infringes ones right to privacy BUT only to the extent it prohibits the use of Cannabis by adults in their home. The court did not legalise Cannabis in public.

So people can now grow and use dagga in their own home?

No not quite yet, if ever at all.

Because the court suspended the effect of this order for 24 months to allow the Constitutional Court to confirm, alter or overrule the decision and if upheld in full or in part, then for parliament to pass corrective legislation. However the court gave an order that until then, this case is a defence against a charge for possession, cultivation or use in your private home. The trial of the plant will in all likelihood be the final decider.

Because the Trial of the Plant will be the first and only case where there will be oral evidence given and tested, in the witness stand. These other cases were fought and decided on affidavit evidence in a day or two. The trial of the plant is very different and will take many days in court starting on 31 July and continuing through the month of August. There are three legal teams comprising 6 attorneys, 11 advocates, 16 expert witnesses and as many as 12 other witnesses. The trial will probably be recorded by the media and will also probably go all the way to the Constitutional Court to be finally decided. DFL’s lead counsel is Adv Reg Willis instructed by the University of Pretoria Law Clinic.

How did this case start?

In 2010 a couple were arrested with approximately R500 000.00 worth of dagga in their home. They became known as the dagga couple. To avoid prosecution they obtained an interdict in the Pretoria High Court against their prosecution, pending the outcome of a case to declare that all the SA dagga legislation is unconstitutional. The case is against various government departments and against Doctors for Life International. DFL joined this case to be of assistance to the State. So for example DFL will lead the evidence of Harvard Professor Bertha Madras who is one of the foremost authorities on cannabis in the world. She contends that the legalisation of cannabis has to be resisted in the interests of the human brain.

Who is Doctors for Life and what does it do?

DFL is a non-profit relief and civil society organisation of doctors who care and give voluntarily of their own time and money to the many needs of the poor. DFL is funded by its members for the needs of the underprivileged communities they serve in South Africa and Southern Africa. DFL also has an extensive track record of being involved in public interest cases predominantly as a friend of the court, especially to assist with scientific and similar evidence. Ordinarily lawyers act pro bono for DFL. However in a trial action of this nature it is impossible for lawyers to act for free but they have drastically reduced their fees. DFL has four advocates to pay, the work load is immense, and some have been working for a few years for free. DFL’s budget just for the trial is R1million and we have only raised R100 000.00.

So then how is the dagga couple funding their case?

The dagga couple dragged the case out for some years, while they raised money. They started an organisation called “Fields of Green for All” “FOGFA” which now has over 45000 supporters who are funding the case.

How important is this case for South Africa?

Given the role of dagga in crime, women and child abuse and the future of our youth, this trial is one of the most important to ever reach our courts. If the dagga couple win their case as they want to, there will be no restriction on the possession, consumption, cultivation, transportation and distribution of cannabis.  A free for all.