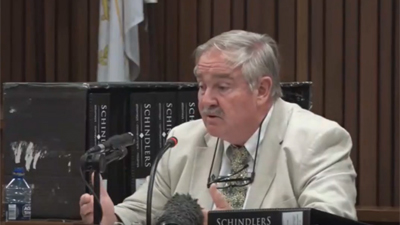 Professor Nutt is well known for the debacle which surrounded him when he was asked to resign from his position by the UK Government as chair of the UK Advisory Council on the Misuse of Drugs in 2009. This occurred after he made remarks about MDMA (commonly known as Ecstasy) being safer than horse riding. He also proposed administering LSD (a hallucinogenic drug) to terminally- ill patients. During proceedings in the Pretoria High Court Professor Nutt has repeatedly made remarks about Doctors for Life International’s expert witness, Professor Bertha Madras from the USA. He stated that Professor Madras is not really an expert on Cannabis (Marijuana), having only done two studies on Cannabis, both conducted on monkeys and that she has mainly been commenting on research. We find this a very awkward form of defence, especially in light of the fact that Professor Nutt has only co-authored approximately 3 clinical studies on Cannabis himself, which implies that he neither conceived the experiments nor was he the primary driver of the research. As far as we can determine all of his other papers on the topic are commentaries. Doctors For Life International would like to set the record straight. Professor Madras has written 13 articles on Cannabis and abstracts for scientific manuscripts, 3 reports, 8 books and book chapters, 12 Letters to the Editor, essays, commentaries and testimonies. Her educational material on cannabis includes 2 courses, 6 electronic materials or webcasts, 3 Museum Exhibits and 211 testimonies to Policy Makers, Judges, Legislators and Legislative Bodies involving the topic of Cannabis. She furthermore ran the addiction course at Harvard Medical School for 15 years, including patient interviews on Marijuana and was an expert witness for the United States Department of Justice on Marijuana Scheduling. She was also the Director of Demand Reduction for the USA in the White House Office of National Drug Control Policy. The psychiatric hospital that Professor Madras works at, Maclean Hospital in Massachusetts was rated the top psychiatric facility in the USA this year, the 14th year in a row with this distinction. The lead addiction psychiatrists and chair of their departments, Dr Roger Weiss, Dr Shelly Greenfield, Dr Hilary Connery, the Director of the Hospital Dr Scott Rauch and Professor Madras wrote an editorial to the Boston Globe, urging the people of Massachusetts not to vote to legalize Marijuana because it is drug that is hazardous for mental health. Each of the signatories are eminent experts in their field of Psychiatry. Doctors for Life International represents 1500 medical doctors and specialists, three-quarters of whom practice in South Africa. Since 1991 DFL has been actively promoting sound science in the medical profession and health care that is safe and efficient for all South Africans. For more information visit: http://www.doctorsforlife.co.za]]>