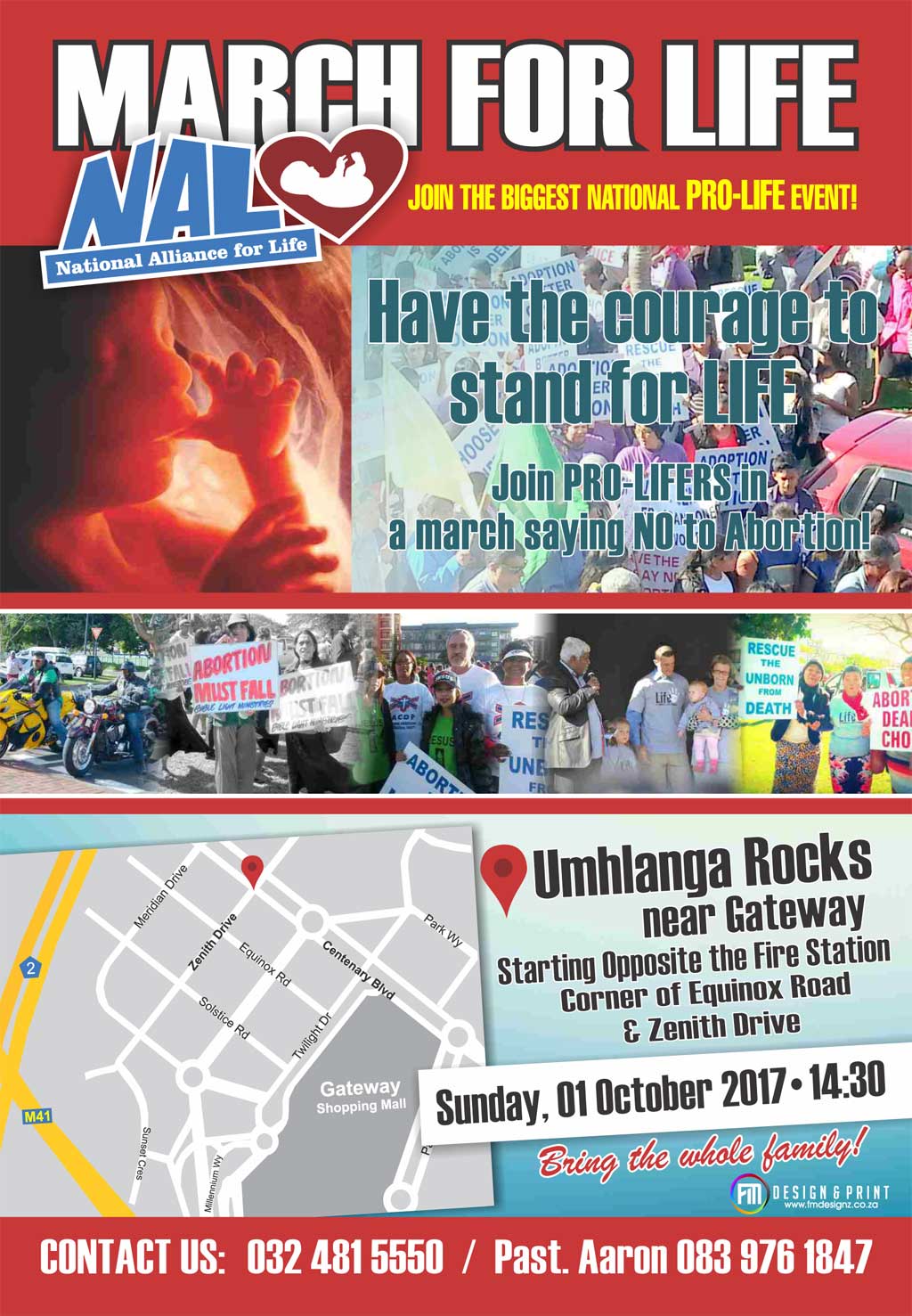 The National Alliance for Life (NAL) is an umbrella body composed of most pro-life groups, many churches and organizations. The aim of the March for Life is to:

Never before has there been such a great need for pro-lifers to stand together, regardless of their various affiliations. Since 1 February 1997 more than one million, two hundred thousand babies have been killed in South Africa – by abortion – legally.

Posters from this year’s March: