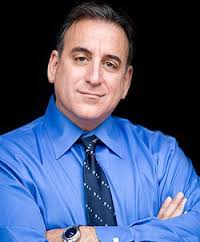 <![CDATA[ <h2>1. American College of Physicians Reaffirms Opposition to Legalization of Physician-Assisted Suicide ACP also calls for improved hospice and palliative care In “Ethics and the Legalization of Physician-Assisted Suicide,” an updated paper published today in Annals of Internal Medicine, the American College of Physicians (ACP) reaffirmed its opposition to the legalization of physician-assisted suicide and affirmed a professional responsibility to improve the care of dying patients. ACP cites ethical arguments and clinical, policy, legal, and other concerns for its positions. “The American College of Physicians acknowledges the range of views on, the depth of feelings about, and the complexity of the issue of physician-assisted suicide,” said Jack Ende, MD, MACP, president, ACP. “But the focus at the end of life should be on efforts to prevent or ease suffering and on the often unaddressed needs of patients and families. As a society, we need to work to improve hospice and palliative care, including awareness and access.” A recent study found 90 percent of US adults do not know what palliative care is, but when told its definition, more than 90 percent said they would want it for themselves or family members if severely ill.2 Despite recent changes in the legal and political landscape and arguments by proponents, ACP finds ethical and other arguments against physician-assisted suicide to be the most compelling, including that physician-assisted suicide alters the physician’s role as healer and comforter and the medical profession’s role in society, and it affects trust in the patient-physician relationship and the profession. ACP published a position paper in 2001 opposing legalization of physician-assisted suicide. The issue has been reviewed and considered in multiple editions of the ACP Ethics Manual, now in its 6th edition. ”Ethics and the Legalization of Physician-Assisted Suicide” was developed in light of  increasing calls for legalization, public interest in the topic, and continuing problems with access to palliative and hospice care, and considers clinical practice, ethics, law, and policy issues. The updated paper discusses the role of palliative and hospice care, explores the nature of the patient-physician relationship and the critical distinction between refusal of life-sustaining treatment and physician-assisted suicide, and provides recommendations to physicians for responding to patient requests for physician-assisted suicide, recognizing that some individual cases will be medically and ethically challenging. As noted in the paper, medical ethics and the law strongly support a patient’s right to refuse treatment, including life-sustaining treatment. The intent is to avoid or withdraw treatment judged by the patient as unduly burdensome and inconsistent with her health goals and preferences. Death follows naturally after the refusal due to underlying disease. Vigorous management of pain and symptoms such as nausea at the end of life is ethical and, indeed appropriate, even when the risk of shortening life is foreseeable, if the intent is to relieve those symptoms. ACP recognizes that improvements need to be made to fully realize the principles and practice of hospice and palliative care, including improving access to, financing of, and training in palliative care; improving hospital, nursing home, and at-home capabilities in delivering care; and encouraging advance care planning and openness to discussions about dying. ACP advises physicians to thoroughly discuss patient concerns and reasons for requests for physician-assisted suicide. The paper has a list of 12 steps that physicians should follow with all patients nearing the end of life. Requests for physician-assisted suicide are unlikely to persist when compassionate supportive care is provided, ACP says in the paper. “Through effective communication, high quality care, compassionate support, and the right resources for hospice and palliative care, physicians can help patients control many aspects of how they live out life’s last chapter,” Dr. Ende said. ACP has been long active in end-of-life care issues, with a prior series of consensus panel papers and “Communication about Serious Illness Care Goals: A Review and Synthesis of Best Practices;” content in the ACP Ethics Manual; advocacy on advance care planning, pain management, and other issues; and patient education materials. About the American College of Physicians The American College of Physicians is the largest medical specialty organization in the United States with members in more than 145 countries worldwide. ACP membership includes 152,000 internal medicine physicians (internists), related subspecialists, and medical students. Internal medicine physicians are specialists who apply scientific knowledge and clinical expertise to the diagnosis, treatment, and compassionate care of adults across the spectrum from health to complex illness. https://www.acponline.org/acp-newsroom/american-college-of-physicians-reaffirms-oposition-to-legalization-of-physician-assisted-suicide