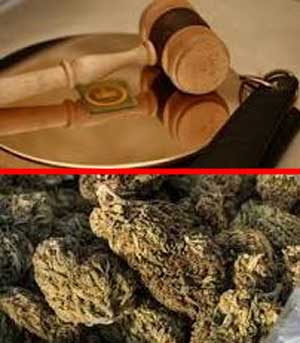 <![CDATA[<strong>Media Release Embargo: Immediate release Enquiries: Doctors For Life Int. Telephone: 032 481 5550 Date: 07 November 2017 On Tuesday the 7th of November 2017 Doctors For Life International (DFL) as Amicus Curiae (Friend of The Court) and the Minister of Justice and Constitutional Development (together with other South African Government Departments), will argue to the Constitutional Court in Johannesburg that the Western Cape’s High Court’s judgement earlier this year legalising the use and cultivation of dagga (marijuana) in the privacy of one’s home, was the result of numerous errors. DFL will emphasise the harms and implications that legalising dagga use will have, even if it is used in a private home. The submissions will also concern the rights and protection (the best interests) of the child. The respondents include Mr Gareth Prince whom DFL assisted the state in opposing in his 2002 bid to legalise dagga in South Africa, arguing then that it was his religious right to smoke dagga. The Constitutional Court judgement in that case was in favour of the position that the state has a legitimate interest in prohibiting dagga. Mr Prince is joined by various other parties who also seek to convince the 11 judges that a whole host of their human rights are being infringed by the prohibition of dagga. Even though the High Court did not find so, one of the parties, Mr Acton, who started the political dagga party, will still try to argue that dagga is even medically beneficial. “Medical marijuana” has been touted as one of the main reasons for the legalisation of marijuana around the globe by the pro cannabis lobbying groups, using it as the thin edge of the wedge to get it legalised for recreational purposes. Yet these assertions are so very often motivated by financial gain and not by reliable science. CNN released an article on the 2nd of November 2017 highlighting the fact that the American Food and Drug Administration ( FDA) is currently cracking down on companies that are making unsubstantiated claims that pot products made from marijuana can cure cancer. The agency responsible for policing the American food and drug market issued warning letters to four companies that are “illegally selling products online that claim to prevent, diagnose, treat, or cure cancer without evidence to support these outcomes.” It said in a statement, “The illegally sold products allegedly contain cannabidiol (CBD), a component of the marijuana plant that is not FDA approved in any drug product for any indication.” Federally marijuana is still illegal in the USA even though public voting processes have seen cannabis being decriminalised and even legalised in some individual states. Sadly South Africans are already being targeted by numerous unscrupulous and nefarious companies selling all sorts of cannabis oil concoctions while claiming they have medical benefits. These dodgy dagga products are sold with zero indication of the actual composition and quantity of the active ingredients. DFL’s medical members have had to deal with case upon case of elderly patients who have wasted thousands of rand’s on dagga oils and numerous other dagga products without experiencing any improvement or relief. FDA Commissioner Scott Gottlieb said in the statement, “We don’t let companies’ market products that deliberately prey on sick people with baseless claims that their substance can shrink or cure cancer and we’re not going to look the other way on enforcing these principles when it comes to marijuana-containing products.” The FDA said the 25-plus products that are part of this crackdown include oil drops, capsules, syrups, teas, topical lotions and creams. “Patients should always consult a health care professional about proper prevention, diagnosis and treatment of cancer.” Although claims vary from product to product, the FDA says fraudulent cancer products “often use a particular vocabulary.” The agency identified these phrases as the most common red flags:

“The overarching point is that these products are untested, and some of the ingredients may present direct risk to the consumer’s health or interact with any medications they might be taking,” Jason Humbert, a regulatory operations officer in the F.D.A.’s Office of Regulatory Affairs said. He told CNN “They’re not a substitute for appropriate treatment, and using these products can not only endanger consumers’ health but waste their money and waste their time, as well.” DFL would like to caution the South African public against these and other false claims as well. Eleven judges will now decide upon the very fate our youth and the future of dagga in this country. Judgement is only expected to be handed down between 6 to12 months from now. The court case is expected to last for one or two days while listening to the submissions by the respondents, interveners, the state and DFL. Doctors for Life International represent 1500 medical doctors and specialists, three-quarters of whom practice in South Africa. Since 1991 DFL has been actively promoting sound science in the medical profession and health care that is safe and efficient for all South Africans. For more information visit: http://www.doctorsforlife.co.za]]>