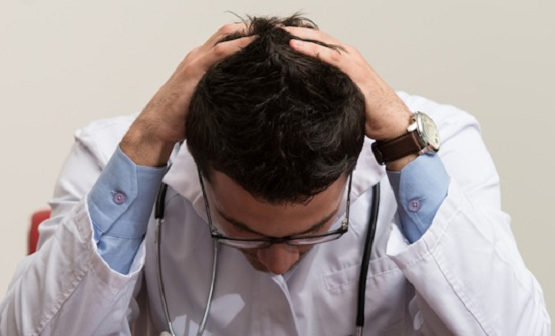 USA – The world has become pornified

Lila Rose, the president of Live Action (a pro-life group) shares some interesting facts and suggestions on CNN crossfire debate on abortion. “We should dare to have a better view for America and our women by saying we shouldn’t have to think or believe that women need abortions and that we have to kill our children to achieve the dreams and careers and families that we want. I think we can do better as a society and women deserve better. We should reach out to women on community-level programs that are positive that help them if they’re single mothers, improve the foster care system and improve the adoption system so that we can welcome children to this country, instead of seeing them as a threat and killing them. Science is not about personal views but rather about facts that prove there is a person in the womb, not just a clump of tissue. The right of the woman wanting an abortion should end when another life in the womb begins because it is no longer about the pregnant woman but the individual growing inside of her.
https://youtu.be/WdPIgsGmDcU

In a debate about abortion on CNN crossfire Lila Rose, the president of Live Action a pro-life group, explains how abortion would be unnecessary if we addressed the reasons that make women believe they need an abortion. Lila asks “is it because a boss did not promote them? Or a boyfriend was going to leave them? Or a university professor said we are not going to be flexible with our class schedule? Let’s look at those reasons and address that instead of turning to killing, dismembering and poisoning our littlest Americans.” When Lila was asked whether a women should be forced to carry her rapist’s baby she responded by saying “an abortion does not unrape a woman, the rapist should be held accountable and she needs healing but abortion only adds to the violence”. She refers to the story of a women conceived in rape, Rebecca Keasling, she asked should she have received the death penalty for what her father did? “Should we be punished for what our fathers do wrong?”
https://youtu.be/WdPIgsGmDcU

Nearly forty years after abortion was legalized in Italy, an unknown pro-life group has sought to reawaken Italians to the horrifying reality of abortion. The city was covered with thousands of posters saying: “One child killed every five minutes. Since 1978 more than six million killed by abortion. Let us remember these dead” the posters stated. The picture on the poster was of a baby in the womb pursued by an instrument used to dismember the child during an abortion. Toni Brandi president of ProVita Onlus (another pro-life group) said the message was strong and encouraged the unknown authors to continue the good fight.
https://www.lifesitenews.com/news/pro-lifers-blanket-rome-with-posters-protesting-abortion

Canada – The error in the ‘My body, my choice’ argument

A video was released by Canadian pro-life group Choice 42 points out the flawed slogan that pro-abortion activists use ‘My body, my choice’. Laura Klassen the founder and director of Choice 42 explained in the video “My body does not have two heads, four arms, or 20 toes. If I were to get an abortion right now, I wouldn’t be aborting my own body. I’d be aborting the body inside my body.” When a mother chooses abortion, “she’s choosing for two,” Klassen said in a blog post. “She’s deciding the path her own life will take, but she’s also deciding whether or not her unborn child will even get his/her chance at life.”
https://youtu.be/IufyKdrAQIY

Netherlands – Demand for euthanasia surges in the Netherlands

Euthanasia is becoming so popular in the Netherlands that the country’s only dedicated death clinic cannot keep up with the demand. Steven Pleiter, director of the Levenseindekliniek in Amsterdam said ‘If there was any taboo, it has gone’. Professor Theo Boer, who served on the Dutch euthanasia review committee between 2005 and 2014, has become a prominent critic of euthanasia, “There is no dispute about the good intentions of the people at the end of life clinic. [But] they may have become too used to doing euthanasia. Yes, they have expertise but they are too experienced. You should never get used to helping someone die.”
https://www.bioedge.org/bioethics/demand-for-euthanasia-surges-in-the-netherlands/

Australia’s best-known euthanasia activist, Dr Philip Nitschke, is back in the news with another machine for committing suicide. The machine will allow anyone who has the access key to end their life by simply pressing a button. Developed in the Netherlands by Nitschke and an engineer, the machine can be 3D printed and assembled in any location. Access to the Sarco capsule will be by an online mental questionnaire which will provide a four-digit access code. Design criteria for the Sarco will be free, made open-source and placed on the internet.
https://www.bioedge.org/bioethics/nitschke-designs-new-euthanasia-machine-with-detachable-coffin/

USA – Is human gene editing around the corner?

Stanford medical researcher Henry Miller has declared in the Wall Street Journal that the time had come for modifying the human germline using CRISPR. It is wrong to deprive desperate parents who are carriers of genetic diseases of their chance to have healthy children. “The technology is arguably at the stage where clinical trials could be undertaken to see whether gene-edited human embryos can develop into healthy babies.” However, stem cell expert Paul Knoepfler argues that the science is very far from perfect. It’s unwise to rush into human clinical research of any kind and that’s especially true if it includes heritable genetic modification. You first need reproducible, rigorous data to back you up from sufficiently powerful studies and a good sense of anticipated risks. “What happens to the unhealthy or deceased CRISPR’d humans you made in your experiment that didn’t turn out the way you had hoped? We just say “oops”? Or what if the babies seem OK at first, but then later they become ill or die? These are not fun questions to ask or ponder, but they are deeply important if we are going into this with our eyes open.”
https://www.bioedge.org/bioethics/is-human-gene-editing-around-the-corner/12504

British High Court Justice Anthony Hayden has ruled that a 72-year-old woman in minimally conscious state following an acute hemorrhage from a brain aneurysm after a fall should have artificial feeding withdrawn. She had been on life-support for months and the Salford Royal NHS Foundation Trust recently applied to the Court of Protection for a ruling that continuing the feeding was in her best interests. But Justice Hayden ruled in favour of the woman’s daughter (who opposed feeding), saying that there was “clear and compelling” evidence (such as an email sent to her daughter before the fall) that the woman would not have wanted life support to continue. The case follows a landmark ruling in September that clinically assisted feeding and hydration may be withdrawn from patients in a persistent vegetative or minimally conscious state without going to court, where doctors and families agree.
https://www.bioedge.org/bioethics/woman-in-minimally-conscious-state-should-be-allowed-to-die-uk-court/

With the rapid advance in gene-editing technology Bryan Cwik, a philosopher at Portland State University argues in the New England Journal of Medicine that “intergenerational monitoring” will be needed, not just of the first generation of modified children, but of their children and grandchildren. “Monitoring for effects of gene editing will require consent and participation from multiple generations of descendants of the original participants. Studies will therefore require researchers to have access to key medical data for entire families over several decades.” But Harvard stem cell scientist George Church writes “some critics fret about the slippery slope of human enhancement and the impossibility of obtaining consent from future generations. Doing nothing merely for fear of unknown risks is itself risky — greatly restricting the advance of medicine.
https://www.bioedge.org/bioethics/nejm-debates-repairing-human-germlines/

A group of scientists in Italy have managed to treat a Syrian refugee boy suffering from Junctional Epidermolysis Bullosa, a genetic disease that causes the skin to become fragile and blister. By the time he received specialist medical attention, the boy had lost almost all his skin (specifically, the epidermal layer of the skin), save a small patch on his leg and head. The research team, led by Michele De Luca at the University of Modena, grew genetically modified skin in a laboratory that could replace the lost epidermal tissue. The replacement skin was based on a sample from the patient’s remaining healthy skin, which scientists genetically modified it using a virus to deliver a healthy version of the problematic gene. The team grew enough skin to cover almost the entire body of the boy and the new epidermis was attached like a patchwork quilt, covering almost his entire body. Two years on the boy is doing well. His skin is healthy and he doesn’t need to take medication or use ointments. He is back at school, plays football and when he gets a cut it heals normally.
https://www.bioedge.org/bioethics/scientists-grow-skin-to-save-syrian-boys-life/

In 2005 two homosexual men adopted a son from a woman in Russia for the sole purpose of sexual abuse and sex trafficking, police told the court. Police also told the court that videos and images of the boys abuse was uploaded to a national paedophile ring called ‘Boy Lovers Network’ which had 70,000 members worldwide before it was subject to international raids that arrested 670 men. The two homosexual men were found guilty for offering the boy for sex to at least eight men in the US, France and Germany. They have been sentenced to 30 and 40 years in prison in the USA.
http://www.dailymail.co.uk/news/article-5087453/Cairns-gay-couple-Mark-Newton-Peter-Truong.html

USA – The world has become pornified

Turkey’s capital city of Ankara joined Egypt, Indonesia and Russia in banning all homosexual events such as screenings, filming, exhibitions and parades. The governor of Ankara said LGBT events will provoke and cause animosity between different groups and endanger public health and morality and the rights and freedoms of others. Homosexuality is not a crime in Turkey and many LGBT associations are legally registered with the state.
http://www.independent.co.uk/news/world/europe/lgbt-events-banned-turkey-ankara-protect-public-security-governors-office-health-and-morality-a8063526.html

There might be a link between marijuana and heart failure in children. A baby boy’s death has prompted a debate among doctors after it was claimed that he died of a marijuana overdose. After suffering from a seizure, the 11-month-old died from heart failure and doctors subsequently produced a report linking his death to marijuana. “We just wanted to make sure that we’re not going to call this a marijuana-related fatality if there was something else that we could point it at,” said Dr. Christopher Hoyte of the Colorado’s Rocky Mountain Poison & Drug Center. “And we have looked and couldn’t find it.” Dr Hoyte was on duty as a poison control officer when he treated the child and found that his urine and blood tested positive for marijuana, thereafter “One thing just led to another and the child ended up with a heart stopped. And the child stopped breathing and died.” The report concluded: this is the first reported pediatric death associated with cannabis.”
http://www.independent.co.uk/news/science/marijuana-overdose-baby-colorado-dr-christopher-hoyte-dr-thomas-nappe-a8062256.html

Flakka is in Durban and the authorities are warning about its dangerous effects, which include mental disturbance and psychotic episodes. “About 10 times more powerful than cocaine,” says director Walter Petersen of SANCA Durban, describing “flakka”. Mr. Petersen told newspapers that flakka – is also known as “bath baths”. Petersen explained it was a powerful upper like amphetamines and that its use could lead to paranoia, overheating, hallucinations, delirium, and even death! “It is cheaper than cocaine and you can buy it online.” Petersen also stated that if users came to SANCA their offices would treat them, however, “Users will probably be subject to a dual diagnosis –that of the addiction and for mental disturbance. They reported that the drug is being sold in Wentworth, Chatsworth and Pinetown.
https://www.iol.co.za/news/south-africa/kwazulu-natal/flakka-10-times-more-powerful-than-cocaine-11920343