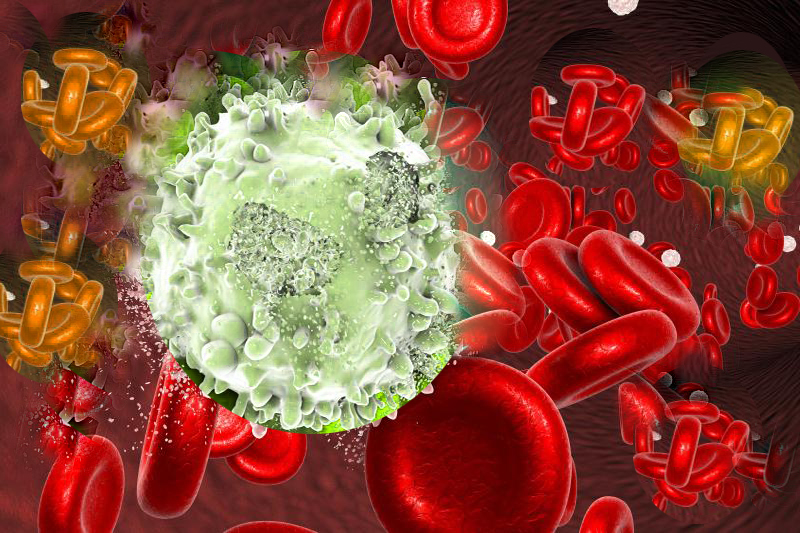 <![CDATA[According to Altmetric, which tracks the distribution and discussion of research papers online, <strong>a July article by several Yale physicians is the most-discussed paper ever published in the Journal of the National Cancer Institute (JNCI). The title of this blockbuster: “Use of Alternative Medicine for Cancer and Its Impact on Survival.” “It struck a chord,” said senior author James Yu, MD, MHS, Associate Professor of Therapeutic Radiology. The Yale researchers used the U.S. National Cancer Database to collect information on patients with breast, lung, colon, and prostate cancer from 2004 to 2013. They looked for people who reported using only unproven alternative treatments instead of conventional medical therapies such as surgery, radiation, and chemotherapy. The researchers found 280 such people and then compared their outcomes after 5½ years to 560 people with the same cancer, diagnosis, age, and race who had received conventional treatment. The results were clear. Patients who initially relied on unproven alternatives were, on average, 250{01b0879e117dd7326006b2e84bcaac7e8fa1509c5c67baf2c9eb498fe06caff4} times more likely to die within the 5½ year window. Within particular cancers, the risk associated with alternative medicine was often much worse—almost 600{01b0879e117dd7326006b2e84bcaac7e8fa1509c5c67baf2c9eb498fe06caff4} higher for patients with breast cancer, 400{01b0879e117dd7326006b2e84bcaac7e8fa1509c5c67baf2c9eb498fe06caff4} for colon cancer and 200{01b0879e117dd7326006b2e84bcaac7e8fa1509c5c67baf2c9eb498fe06caff4} for lung cancer. The researchers have some theories about this seeming conundrum. Dr. Johnson mentions the Dunning-Kruger effect, in which people overestimate their knowledge, in part by relying on the Internet. Could this be true? Skyler Johnson, MD, Resident in Therapeutic Radiology and the paper’s lead author thinks the discrepancy in survival rates would be even more alarming if the patients had been followed for longer than five years to take into account slow-growing cancers such as prostate cancer. He also calls the 280 people identified as using only alternative medicine “a huge underestimate” because the researchers excluded a large group of patients who had been coded as having refused treatment, with no reason given. Dr. Johnson suspects that many of them chose an alternative therapy first but did not report it to their physicians. Another interesting finding from the paper was that people who preferred alternative treatments tended to have had more formal education, and higher incomes. Dr. Yu speculates that people with higher incomes can afford more types of healthcare and know how to seek them out, such as clinical trials. “But in this case it’s wishful thinking,” he said. “These alternatives don’t necessarily cause harm, but they’re placebos, and placebos don’t cure cancer, but they can delay real cancer care.” Co-author Cary P. Gross, MD, Professor of Medicine and of Epidemiology, wasn’t that surprised by the demographic finding, citing increased scepticism about science and conventional medicine that has driven things such as the anti-vaccination movement. “And just as the Internet and social media have fuelled discord in the political process,” he added, “they also have enabled conspiracy theories about medicine and health to spread rapidly and wildly.” The researchers also believe, based on their own patients that the number of people choosing alternative treatments over conventional ones is increasing. “I understand the human impulse to think there’s got to be something else,” said Dr. Yu. “And when the answer is ‘no, there isn’t’, then there’s the opportunity for someone to say, ‘Just rub these crystals or sit in a salt bath or eat special food.’” All of the researchers noted that the problem should not be pinned only on patients and providers of alternative medicine. “Physicians need to shoulder some of the blame as well,” said Dr. Johnson. “We need to take the time to really listen to patients’ concerns and explain things more clearly. That builds a relation of trust, and makes them more willing to believe the data.” Dr. Yu agrees. “We need to bring these conversations about alternative therapies to the forefront,” he said, “and because of this study we now have the data to help us.” The researchers also noted that their work focused on alternative medicine, when patients choose not to receive conventional medical therapies, rather than “complementary medicine,” in which patients undergo conventional cancer treatment as well as additional therapies from disciplines that are not part of traditional Western medicine. The researchers know that facts and data won’t be enough to persuade everyone, a common symptom of our time, but their paper is a start. They hope it convinces a few people to reconsider relying on alternative treatments, or prompts someone to insist that a loved one see an oncologist. “That’s why we do research,” said Dr. Johnson. “We try to help people one at a time, and hopefully our research can help patients and families to make more informed decisions.” http://www.newswise.com/articles/view/688151 Disclaimer: the views and opinions expressed in this article do not necessarily reflect those of Doctors for Life International]]>