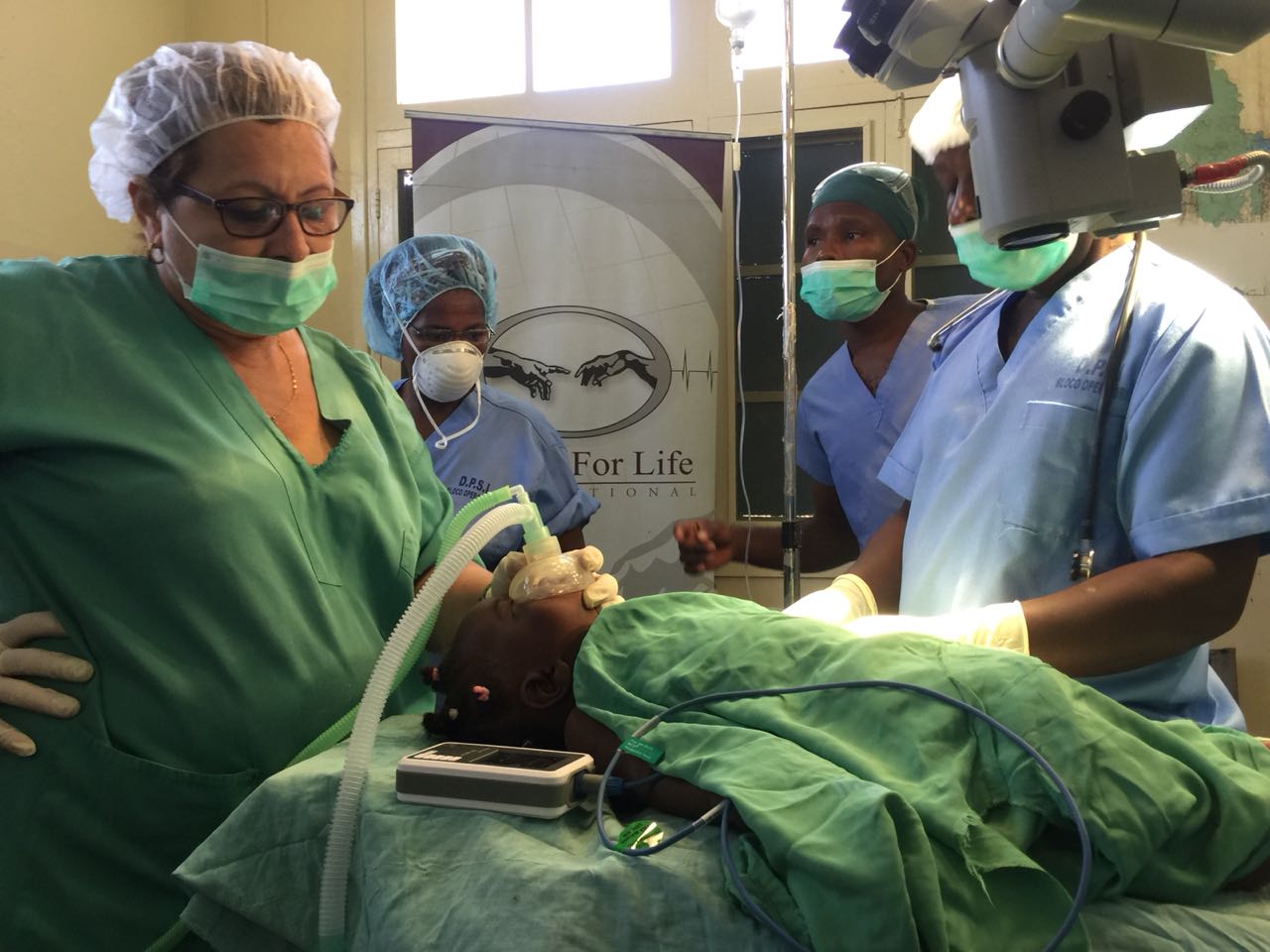 In total we did 67 cataract eye surgeries on the first 2 days of the outreach being May the 14th and 15th. Two ladies told me that they had lost hope of ever seeing again after they had become blind. But this morning their sight was restored. It was a wonderful opportunity for us to share the gospel with them!
At the end of the third day (May 16) we had completed 112 cataract surgeries. We were at the hospital from 7am until 6:15pm. By Gods grace all went well with the operations but not without a few challenges: Two of our medical machines, a keratometer and statim sterilizer packed up but thankfully the work can continue. We also ran out of some medical consumables but managed to procure more to finish our work.
We had a blessed meeting with the Directorate of Health for the Inhambane province in the afternoon who expressed their appreciation for our work. They said the people are poor and needy and that we bring them hope. The country and health sector is in need of finances and resources and the outreach has already been broadcast on Mozambique national television. Mario Rocha said that after the devotion with the patients that many of them said see Gods hand in receiving their sight back. All glory to God.
Today (May 17) we had two special surgery cases: a 1 year and a 4 year old child who were completely blind from cataracts. Children can be born with cataracts for various reasons. It is vitally important to remove them as soon as possible or the child could remain permanently blind. The outcome of these kinds of operations can be somewhat uncertain due to the child developing lazy eyes etc. We are thankful we could do these surgeries to give them a chance to see. Both eyes of both children were operated on.
Thankfully Dr Pons brought a few special lenses along on the outreach without which these two surgeries would not have been possible! We have another child scheduled for tomorrow May 18. The good news is that Pieter Bos managed to get the Statim instrument sterilizer working again. We are aiming to do about 38 cases today and TV Mozambique came to do more interviews and filming in theatre for broadcasting.