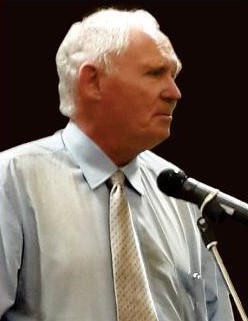 EVIDENCE TO BE LEAD:

5.1 Biologically the life of an independent human organism begins at the time of fertilization (conception). At this time its genetic code is set and as a consequence its future physical characteristics are defined with precision. Thus if one were able to read its DNA at this time one could predict its adult form as accurately as one might by examining it’s adult identical twin if indeed it had one.

5.2 The physical differences between such individuals are the result of differing environmental experiences. Clearly the organism will develop enormously over the subsequent months and years but there is no event during development which fundamentally changes it from a non-human organism to a human organism.

5.3 Various times or events of development have been used to attempt to define the initiation of human personhood for various practical reasons but the life of the organism is one seamless continuous process.

6.1 There is no specific event which defines the developing fetus as being at 19 weeks. Its heart has started to beat by 24 days of embryonic development (3 ½ weeks). Early brain development is present by 5 weeks, fingers at 7 weeks, toes at 8 weeks, early fetal movements from between 9 and 12 weeks and so on. These fetal movements may be felt by some women in their first pregnancy at 18th – 20th weeks of gestation which equates to 16-18 weeks of development of the fetus.

6.2 Different organ systems develop at different rates, partially related to when they will be needed. Thus the heart develops early as the embryo needs a circulatory system very early but lungs will only be needed after birth and so develop later.

Brain function will, of course, continue to develop for perhaps two or more decades after birth. The 19-week fetus is obviously not cognitively advanced – certainly less than a newborn, but structurally he/she has a fully human form and obvious human appearance and her/his movements are already being felt by his/her mother.

6.3 We may debate philosophically or legally her/his status but it is entirely reasonable for a person seeing such a fetus to regard him/her as a small human being. In my experience that is a normal response to seeing such a fetus.

8. SHOULD A WOMAN BE INFORMED OF THE DEVELOPMENT AND APPEARANCE OF HER FETUS WHEN BEING COUNSELLED PRIOR TO A PROPOSED ABORTION.

8.2 If a woman has an abortion and later discovers that the fetus was more developed than she realized she could legitimately complain that her consent was not informed. It is thus entirely reasonable for a health practitioner to seek to inform such a patient of the nature of the fetus whose life is to be terminated.

9. The question of whether the fetus is born alive may be of concern to those seeking abortion. If a surgical method is adopted the body of the fetus is dismembered during the procedure and therefore it cannot be born alive. If a medical method is used the fetus may be born alive or may have died during the induced labour. A fetus born at 19 weeks cannot survive even with intensive medical care. The most common cause of its subsequent death is related to the immaturity of the lungs which makes respiration very difficult. While in the uterus the fetus may be active and this is generally felt by the mother. If born alive the newborn may have a heartbeat, breathing movements and some limb movements. It will die within minutes or a few hours.

Watch: Webinar presentation of Dr Warton on the Humanity of the Unborn