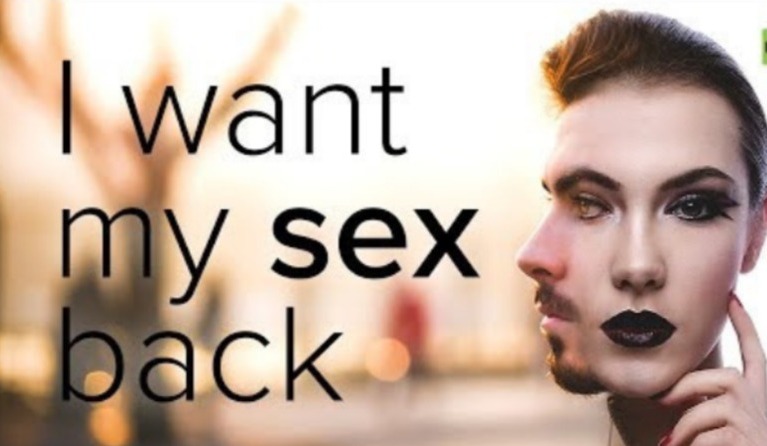 A woman who received treatment for Gender Dysphoria (GD) as a teenager says the puberty-delaying drugs and testosterone prescribed to her has caused irreversible damage to her physical and mental health. Keira Bell is now taking Tavistock (gender affirmation clinic) to court. Keira says her transition turned out to be nothing more than a “coping mechanism” and that there was no real investigation into the other mental health issues she was going through. Keira adds that the transition left her feeling more depressed and suicidal and solved nothing.

Sky News research suggested that 35 psychologists have resigned from the children’s gender-identity service in three years. Six of them have now raised concerns about hormone treatment being given to children with GD. The London clinic sees children under 18, including some cases who are as young as three. Around half of children are put on drugs to pause their puberty, known as hormone blockers.

Ms Bell said she found her experience at the Tavistock Centre so distressing that she has since decided to de-transition. “It’s very difficult because you have to live with the physical changes you’ve experienced, especially when it comes to things like surgery,” she said.

“The whole process is really traumatic looking back on it, there’s no going back from it really because you are changed forever visibly.”

Ms Bell’s legal team will argue the centre’s approach was unlawful because children could not give informed consent for this kind of treatment and the potential risks of treatment were not adequately explained.

Scrutiny of the transgender “affirmative” treatment model is intensifying, and inquiries or reviews are underway in Australia, the UK, Sweden, Brazil and Germany. According to a new watchdog body called, the Society for Evidence-Based Gender Medicine (SEGM), many mainstream doctors are unaware that children’s hospital gender clinics carry out invasive medical treatments based on low-quality evidence. US physician William Malone, the spokesman for SEGM explained that the best treatment for such children should be found through scientific study, investigation and open debate. There has been an exponential rise in troubled teenagers seeking to transition. Many reportedly come to gender clinics with pre-existing mental health problems, autism, suppressed same-sex attraction, a history of child sex abuse or family trauma, and there is debate about whether they are getting the right treatment.

Hundreds of young transgender people are regretting their decision to change their sex as they are now seeking help to return to their original sex, a woman who is setting up a charity has told Sky News. Charlie Evans, 28, was born female but identified as male for nearly 10 years before detransitioning.

Sky reports that the number of young people seeking gender transition is at an all-time high but very little is heard about those who may come to regret their decision.

Dr. Michelle Cretella, president of the American College of Pediatricians has said that Other studies have found that while there is a “honeymoon period” of “reported relief and happiness” following sex reassignment treatment, it does not last. “Ten years beyond transition, however, rates of additional mental illness begin to rise precipitously, to the point that thirty years following surgical transition (mutilation), the suicide rate is 19 times greater than that of the general population.”