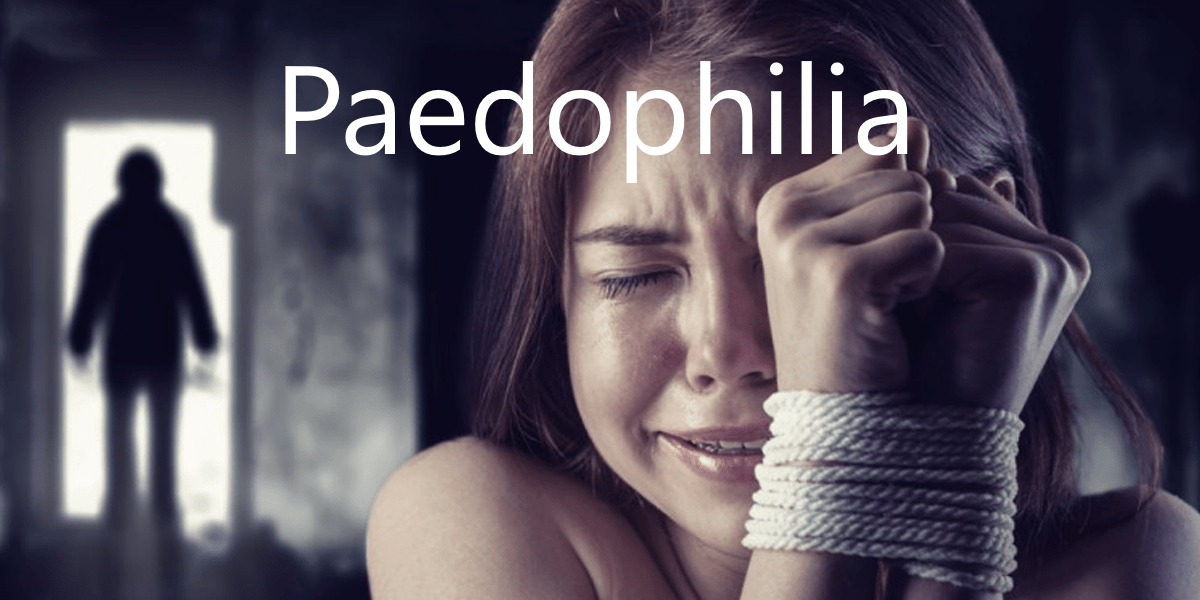 Pro-paedophilia propaganda has increased dramatically on the internet since the global lockdown took effect in March this year. Paedophiles are aggressively rebranding themselves as “Minor Attracted Persons” (MAP) in attempts to remove the negative social stigma associated with paedophilia.  The World Wide Web, children’s entertainment (like Disney animated movies and cartoons) and national educational systems have all become the primary environments for the targeting, isolation and sexual indoctrination and grooming of innocent children. Parents backed by the Church must aggressively lead the fightback against the sexualisation of children. Its starts with the rejection of CSE (Comprehensive Sex Education) and SOGI (Sexual Orientation & Gender identity) in public schools. Parents must take urgent steps to monitor their children’s online activity including installing software on all devices that protects against online pornography and sexual predator activity. Read more

Tens of thousands of sexual assault survivors in Victoria have been stripped of their legal right to tell their stories using their real names. The changes to the Judicial Proceedings Reports Act – which were quietly introduced in February – silence all sexual assault victims whose offenders have been found guilty, by banning them from ever speaking out under their real identities. The new ‘gag laws’ have been described as a “major victory” for convicted paedophiles and rapists, as their victims are now “muzzled” and prohibited from self-identifying in publications – including media and autobiographies – regardless of their consent. Victorian Attorney-General, Jill Hennessy says that she has asked the Department of Justice and Community Safety to urgently look into these cases and consider how future reform could remedy any unintended barriers (to speaking out). Read more

UK – Catching Paedophiles by Looking at the Marks on Their Hands

Professor Sue Black is a forensic anthropologist and human anatomist in the UK and proposes a new way for identifying paedophiles. When the pedophile films his crime, he can be tracked using nothing more than his veins, scars, and other markings on their hands. Each person has their own unique vein pattern that matches no one else’s.

A case in 2006 of a teenage girl being interfered with at night by her father began this process for Sue. The girl’s mother did not believe her so she turned on her Skype camera and left it running all night, the camera went into near-infrared mode – when you look at the human body through near-infrared the veins stand up like black trams lines – which enabled Sue to trace the vein pattern associated with her father and they matched.

This was the first time evidence was presented in this format in court and because they were anatomists the court accepted the scientific evidence. The devastating decision of the court to dismiss the case was because the girl, according to the jury, did not cry enough for her to be believed. Since then Sue has had the research academically researched and validated. Watch video presentation here

Pedophilia is an ongoing sexual attraction to pre-pubertal children. It is considered a paraphilia, a condition in which a person’s sexual arousal and gratification depend on fantasizing about and engaging in sexual behavior that is atypical and extreme. For people with pedophilic disorder who do seek help, research suggests that cognitive-behavioral treatment models may be effective. Such models may include aversive conditioning, confrontation of cognitive distortions, building victim empathy (such as by showing videos of consequences to victims), assertiveness training (social skills training, time management, structure), relapse prevention (identifying antecedents to the behavior [high-risk situations] and how to disrupt antecedents), surveillance systems (family associates who help monitor patient behavior), and lifelong maintenance. Read more

Images of child sex abuse have reached a crisis point on the internet, spreading at unprecedented rates in part because tech platforms and law enforcement agencies have failed to keep pace with the problem. What drives people to sexually abuse children?  Science in recent years has begun to provide some answers. One thing most pedophiles have in common: They discover that their sexual preferences have not matured like everyone else’s. Studies suggest that at least 40 percent of sex offenders were using drugs or alcohol when they committed their crimes. “The important thing, is that people know that treatment is possible, there’s a subgroup out there, they refer themselves here, and they are quite convinced that they do not want real-life sex with children.” [Dr. Fred Berlin, director of the Johns Hopkins Sex and Gender Clinic.] Read more

According to a study by Dr. James Cantor, a neuroscientist at the Centre for Addiction and Mental Health, based on MRI brain scans of convicted child molesters, that “pedophilia begins in the womb.” Strangely, however, no brains of infants or children were examined in the study. There has been an active campaign going on for years to categorize pedophilia not as some kind of sexual deviancy worthy of society’s harshest condemnation, but rather a ‘sexual orientation.’ In other words, in the very same ballpark as the LGBT crowd. Will this research serve to give child sex predators more rights than their victims? Will society fall for this attempt to make predators look like “victims of nature”? Read more

Amazon has come under fire for selling a children’s T-shirt with ‘Daddy’s Little Sl*t’ printed on the front, and while the controversial top has since been removed, the site is still offering other clothing items for babies and toddlers featuring the disturbing phrase. Journalist Yashar Ali drew attention to the horrific clothing item by sharing a screenshot of the children’s shirt on Twitter. People were outraged and quick to share their disgust with Amazon. Read more at daily mail, Independent

A 45-year-old man from Michigan is facing charges for possessing child pornography. He defended himself by claiming he identifies as an eight-year-old girl and therefore should have his rights protected under the First Amendment. His collection reportedly contained over 50 pornographic images of everything from infants to 5-year-olds, and police were able to identify at least eight victims who were sexually assaulted. Prosecutor Daniel Helmer said he was a danger to the public “Even during the trial, the defendant continued to draw, talking about raping babies in Jail.” We are seeing pedophiles trying to climb aboard the LGBT “sexual orientation” train in an attempt to normalise raping children. Read more

Thomas Hubbard a professor at the University of Texas has written that it should not be illegal for people to have sexual relationships with children. He also says age-of-consent laws prohibit the liberated sexuality of adolescents. This is so twisted; Laws are written to protect children from criminal sexual deviants who want to force sexual acts on the immature and underdeveloped bodies of children. The American Psychiatric Association tries to put some instances of pedophilia in the category of “sexual orientation.” Just like the homosexual groups, Pedophilia is pushing to be another group that should not be discriminated against regardless of the child’s protection rights.

As a result, everyone else’s freedom gets trampled on for example, we now find men allowed in women’s locker rooms if they say they “identify” as a female. We have men who “identify” as females entering high school athletic competitions and demolishing their competition. Businesses are being doxed if they don’t bake a wedding cake in opposition to their religious beliefs. We are also told that there are 60 something genders that have never before existed in human history. Read more

Screenshots captured by Big League Politics’ Shane Trejo show several Twitter users who identify as MAPs (Minor Attracted Persons) openly engaging in conversation about sexual contact with children. Twitter policy now explicitly allows discussions surrounding “child sexual exploitation,” so long as posts don’t promote or glorify it. The policy has led to MAPs and pedophile enablers having a platform to discuss sexual contact with children. Shane traces the policy back to Dr James Cantor, who petitioned Twitter back in January 2018 to allow “non-offending pedophiles,” arguing that not doing so could cause them to act out in the real world. Twitter’s refusal to ban pedophiles suggests the company is on-board with the new movement attempting to normalize pedophilia. Read more

Gary Wolchesky, 31, admitted he induced under aged boys to send him sexually explicit videos but insisted at his 2016 trial that pedophilia should be legal. Fortunately, he lost that argument and was convicted of 21 crimes for which he is serving a 46-year prison term. But now, his criminal conviction could be in jeopardy, if a judge rules he was denied a speedy trial because of a seven-year wait from his 2009 arrest to go to trial. The appellate judges, in their ruling, said a number of circumstances led to the trial delay, including a “high volume of defense motions.” The jury found Wolchesky guilty of aggravated sexual assault and related child-pornography charges. Read more