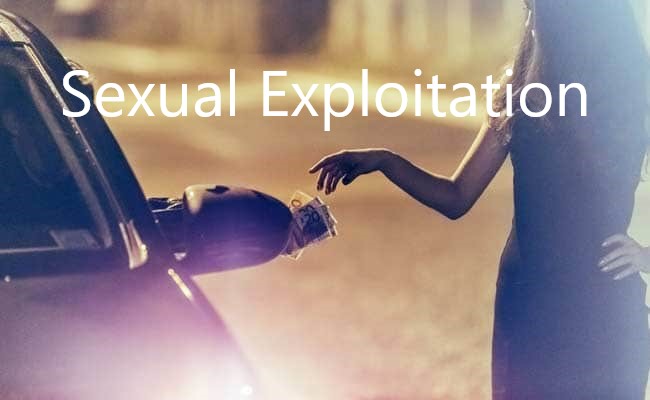 Predators and children are both spending more time online due to COVID-19, RCMP [Royal Canadian Mounted Police] said. They say victims range in age from 9 to 17 years old.  Sgt. Stephen Rear, director of the internet child exploitation (ICE) unit in Manitoba, said his team has gone from receiving a handful of cases per week to, in recent months, upwards of a dozen cases a week. He attributes the spike to more people — both predators and children — spending more time at home and online due to COVID-19. Parents think even though the kids are in the room with them, that that’s enough.” Read more

Just as much as there are misconceptions about how prostitution happens, there is a long-standing myth that we can’t fix the problem. This is an assumption one researcher, Dr. Michael Shively, Senior Advisor on Research and Data Analysis at the U.S. based National Center on Sexual Exploitation (NCOSE), refuses to accept. “Anywhere there is prostitution, there is trafficking.” Where sex is sold, coercion follows. You only generate the supply—the people—if there is demand, and without demand, there is no motivation whatsoever to come up with that supply.”

Fighting sex trafficking needs a multi-faceted solution. Shively said we must continue to rescue victims and hold traffickers accountable, but we cannot ignore the buyers and cultural influences that encourage trafficking. Read more

USA – Amazon is profiting from the sale of sexual exploitation

Amazon, a member of our 2020 Dirty Dozen List, is selling a wide array of sex dolls. Poses of the dolls sometimes feature scenes of bondage and captivity. Some dolls are featured in school girl uniforms or in swimsuits with Disney characters. Some are marketed with images that include pictures of the doll’s genitalia. Many of the dolls have childlike facial features, small waists, and hips, but exaggerated bust sizes. Since launching our campaign some have been removed from the site but many remain. To make your advocacy efforts more seamless, we’ve made an easy-to-use action that allows you to quickly contact Amazon executives and urge them to remove these exploitative objects from their platform. Read more

In efforts to prevent child sexual abuse online, the United States, along with the UK, Canada, Australia, and New Zealand, have created new voluntary principles that tech companies are promoting. Social media have all endorsed the principles, which ask them to prevent child sexual abuse material from being made available on their platforms, and taking action against advertising, soliciting children, and the livestreaming of child-related sexual abuse.  In 2019, it received 16.9 million reports. In Congress, a group of bipartisan senators introduced a bill on March 5 that would create incentives for companies to “earn” liability protection for violations of laws related to online child sexual abuse material. “Companies must do more to combat this growing problem on their online platforms.” Read more

Just as much as there are misconceptions about how prostitution happens, there is a long-standing myth that we can’t fix the problem. One researcher, Dr. Michael Shively, Senior Advisor on Research and Data Analysis at the U.S. based National Center on Sexual Exploitation (NCOSE), refuses to accept this. “Anywhere there is prostitution, there is trafficking.” Where sex is sold, coercion follows. You only generate the supply—the people—if there is demand, and without demand, there is no motivation whatsoever to come up with that supply.” Fighting sex trafficking needs a multi-faceted solution. Shively said we must continue to rescue victims and hold traffickers accountable, but we cannot ignore the buyers and cultural influences that encourage trafficking. Read more

Members of the sex-trade survivor movement Kwanele will be protesting outside the court before the appearance of the guilty man who killed, 20-year-old Siam Lee’s. Her remains were found on a farm in New Hanover, in the Midlands.  “We want all the men who buy women to know that it is not okay to buy women for sexual acts. “Women are not commodities to be bought and sold,” said Meji, a survivor of Embrace Dignity project called Kwanele. She said Lee’s murder case revealed that whether or not prostitution was legalised, women in the sex the trade were never safe. “It shows that legalisation and full decriminalisation of prostitution will not make the sex trade safe for prostituted women,”. Read more

The Fondation Scelles was created with the goal of “knowing, understanding, and fighting” sexual exploitation. Prostitution is a form of violence. Prostituted people display, after a few years, similar marks of trauma to survivors of concentration camps from WWII; those who have managed to escape prostitution refer to themselves as “survivors.” Prostitution is extremely violent and procurers attack vulnerable people. Prostitution is neither work, nor sex. It is the commodification of human beings. The fight against all forms of sexual exploitation must be a clearly defined priority by governments, equipped with the means to meet the challenges. Nevertheless, progress has been made in recent months. It must be continued, invariably in the direction of the abolition of prostitution. Read more

Public opinion is stirred and authorities are addressing the sexual exploitation issue: governments are commissioning studies, parliaments are setting up thinking committees, media are debating, etc. Beyond these observations, appropriate legislative and judicial responses are emerging and lines of action have been identified. The past few months have reinforced the growing awareness of the online phenomenon which can facilitate the perpetration of these abuses, are now being held liable. In the USA, the adoption of the FOSTA/SESTA law allowed the authorities to seize a website specialized in dating offers and paid sexual acts. An online advertising platform prosecuted for aggravated procuring offences closed its “Encounters” section. These are the first significant milestones towards an authentic governance of the Internet. Read more

In 2019 alone, according to the FBI, 169 individuals were arrested in connection with sex trafficking during an 11-day operation that was undertaken in conjunction with Super Bowl happening in Atlanta. However, as deeply problematic as the trafficking that occurs around large events, the 24/7/365 reality of sex trafficking in the United States is an epidemic of proportions most Americans have not even begun to comprehend.  This lack of awareness is precisely why it’s important that we leverage the increased spotlight that the topic of sex trafficking gets in conjunction with the Super Bowl. In an age of distraction and increased competition for human attention, it is vital that we use opportunities for visibility as opportunities for education. Read more

The Economist Intelligence Unit (EIU) recently released a report on child sexual abuse and exploitation, based on a study of the approach which 40 countries took to such offences. South Africa was one of the countries included in the study. It ranked 15th out of 40 for its measures to protect children against sexual abuse and exploitation. From the report, titled “Out of the Shadows”. We see just over half (21) of the 40 countries analysed have legal protections for boys within their child rape laws. Social stigmas associated with sexual violence against boys discourage formal reporting and are exacerbated by “macho” masculine norms, homophobia and fears of being viewed as feminine, vulnerable or helpless. Read more

Amsterdam’s mayor Femke Halsema has called for changes to the city’s red light district, arguing that turning prostitution into a tourist attraction is ‘humiliating’ and ‘unacceptable’. There has been growing concern that the number of tourists flocking to the red light district has made it more difficult for prostitutes to work in the area and compromised their safety. An open letter from a cross-party group of young political activists demanded an end to the ‘public meat market’ in the red light district. The group said the exploitation of prostitutes had gone too far. In an opinion piece titled ‘Enough is enough, take action in the Wallen‘, they wrote: ‘We, the youth of Amsterdam, have come to the conclusion that regardless of your point of view on sex work, the current situation cannot be justified. ‘Whether your view of the value of human life is based on humanitarian or confessional ideas, this circus, this public meat market, is humiliating.’ Read more