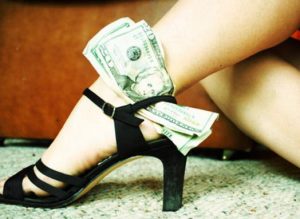 Prostitution is a hazardous occupation, harmful to the prostitute and her client as well as their families and society. Its negative social effects also include the cost of disease and injuries to which prostitution gives rise. In rape, the security of a woman’s person is assaulted and stolen: in prostitution, it is assaulted, stolen and sold. Women in prostitution not only began poor, they are systematically kept poor by pimps who take the lion’s share of what they earn. Survivors of prostitution often report that each act of prostitution felt like a rape. In order to endure the multiple invasions of their bodies, women use drugs and alcohol to numb the assaults to their dignity and bodily integrity. Soon there remains no integrity and certainly no dignity. Eventually, the women’s physical and emotional health is destroyed

There are numerous reasons why people become involved in prostitution. Many have been affected by a weakening economy, experienced change or loss of households, are coerced by parents/”pimps” or simply because they have low self esteem. It has been estimated that between 28,000 and 30,000 of South Africa’s prostitutes are under the age of 18. Also, about half the child prostitutes are between 10 and 14 years of age and the other half between 15 and 18.3. Their lives are ruled by “pimps” and gangs who often take their money in exchange for protection, food or drugs.

Prostitutes are notorious for not practicing safe sex. In addition, they are often victims of rape and assaults and are at a constant risk of acquiring and spreading HIV/AIDS and other infectious sexually transmitted diseases. Legalisation of prostitution will not end abuse; it will make abuse legal. Legalisation only allows criminals and members of organized crime rings to become legitimate businessmen and work hand-in-hand with the state in marketing women’s bodies. Prostitution is ultimately sexual slavery. Like all forms of slavery, the goal should be to eliminate it, not to make it legal so that it is  more controlled.

Doctors for Life (DFL) oppose the legalisation of prostitution, but we support the care and restoration of prostitutes to a life that allows them to be safe and restores their dignity. DFL is committed to helping those who are entrapped by prostitution. DFL has counselling and rehabilitation available for those bound by this lifestyle and profession. There is freedom from prostitution and a new life awaits you.